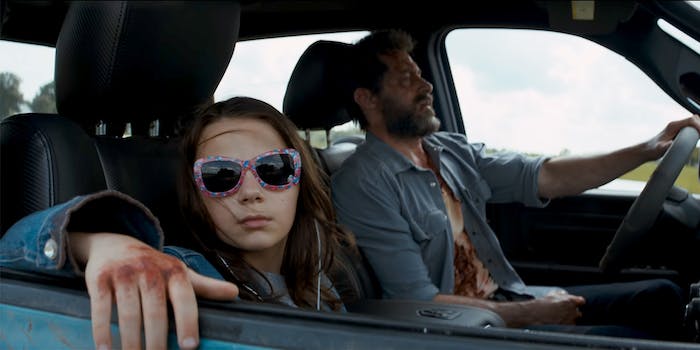 She is not someone you should mess with.

The first trailer for Logan, the Wolverine film loosely based on Marvel’s Old Man Logan story, introduced us to an older and much different mutant. But this time we’re getting a lot more of the young girl accompanying him who’s more than capable of protecting herself.

Fans have suspected that Laura is X-23—the 23rd attempt at cloning Wolverine—for some time now. And the trailer all but makes it official as she unleashes her own set of claws (two on each hand instead of Wolverine’s three) and fury on anyone getting in her way. And as the trailer demonstrates, she already fights in sync with Logan.

And it turns out she’s an X-Men fan, too.