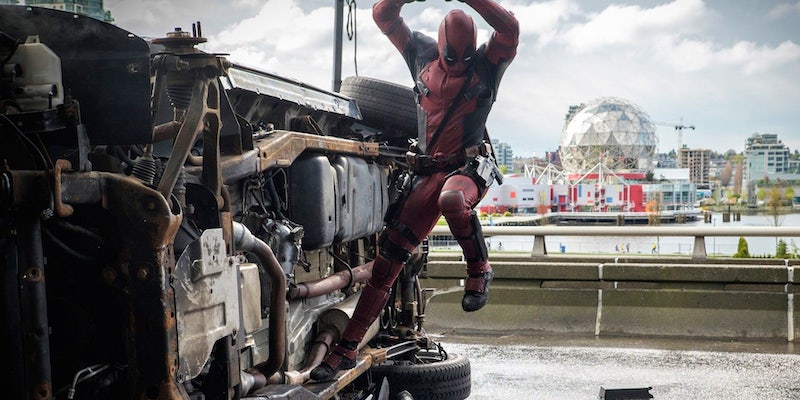 The Merc with a mouth is back in this teaser clip for 'Deadpool 2.'

If you want to see more of Deadpool on the big screen, you need to watch Logan this weekend.

It turns out that Logan‘s post-credits scene is actually a pre-opening credits scene, starring Ryan Reynolds in a teaser for Deadpool 2. It’s a riff on Superman‘s iconic “getting changed in a telephone box” scene.

You’ll have to hit theaters to see the official version (and we suggest you do), but some enterprising criminals have already uploaded pirated copies to YouTube.

Logan is out today, and it’s very good.

Update 11:38am CT, March 4: Ryan Reynolds took matters into his own hands and posted the teaser to his YouTube account Saturday morning. Here it is in all its glory.