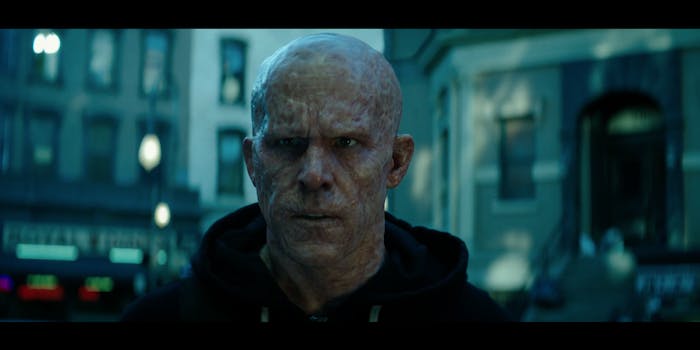 It’s a bird! It’s a plane! No, it’s grown adult Deadpool butt-naked and struggling to get into his “superhero” suit in a 1980s phone booth.

Deadpool fans may have already heard of the super secret surprise teaser for Deadpool 2 during Logan, but now you can watch it in its unpirated entirely. Ryan Reynolds uploaded the teaser late Saturday morning, much to a Marvel fan’s delight.

We won’t spoil the teaser, but it’s about as Deadpool as Deadpool can get, breaking down the unrealistic superhero phone booth expectations and even featuring a fourth wall-breaking appearance from Stan Lee, this time as Stan Lee.

Thanks, Reynolds. This was very good Deadpool of you.

And in case you want to see what was written at the very end of the trailer, this is the apparent translation, via shinnnnnn on Reddit.