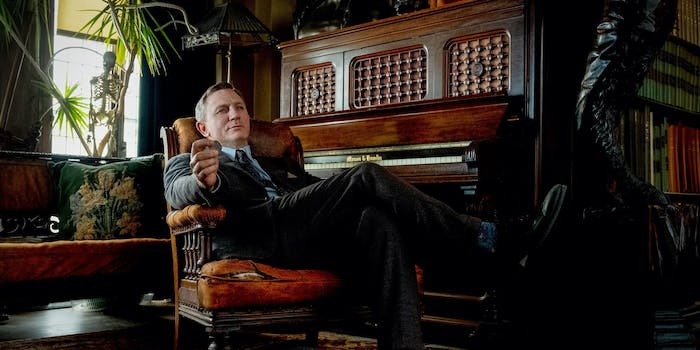 ‘Knives Out’ is getting a sequel

Daniel Craig's Benoit Blanc will live to see another day.

Nearly three months after its theatrical release, Lionsgate has officially greenlit a sequel to Knives Out, Rian Johnson’s star-studded whodunit.

The reveal came from Lionsgate CEO Jon Feltheimer during Lionsgate’s Q3 earnings call Thursday. Knives Out, which debuted in November, was a major contributor to the studio’s 30% increase in revenue. There is no indication as to when a Knives Out sequel would arrive in theaters.

Since its release, Knives Out has become one of Hollywood’s biggest success stories of the holiday 2019 season. It’s a mid-budget film (it had a reported budget of $40 million) with an original idea, and it received widespread critical acclaim, spread through word-of-mouth and cheeky campaigns. Knives Out‘s massive box office haul—nearly $300 million worldwide and counting—was a gradual descent, proving that the film had legs. It’s also been a near-constant presence through much of awards season, particularly for Johnson, who nabbed an Oscar nomination for his screenplay.

Knives Out was never designed to be a franchise—in fact, Johnson managed to grab Daniel Craig as the lead after a production delay on the James Bond franchise, and the rest of the pieces soon followed. But it very might well become one. Johnson’s been asked about the possibility of another Knives Out film as far back as last September.

“I’ve never really been interested in doing sequels, but this, the idea of doing more of these with Daniel as his character, is not sequels,” he told Uproxx. “It’s just what Agatha Christie did. It’s just coming up with a whole new mystery, a whole new location, all new cast, whole new mechanics of the appeal of a mystery and everything. It’d be a blast.”

The idea came back up again in January before the Golden Globes as Johnson revealed that he was starting to develop a sequel around Benoit Blanc, the detective played by Craig in the film, with an all-new cast of characters. And Johnson was still thinking about it when asked by Deadline following his Oscar nomination.

“I had such a good time making it, such a great time working with Daniel, and now just seeing that audiences are responding to it, the idea of continuing it on seems like it would just be a blast,” he said. “But there’s a lot that has to happen before that can happen, first and foremost being writing a script. So, we’ll see.”