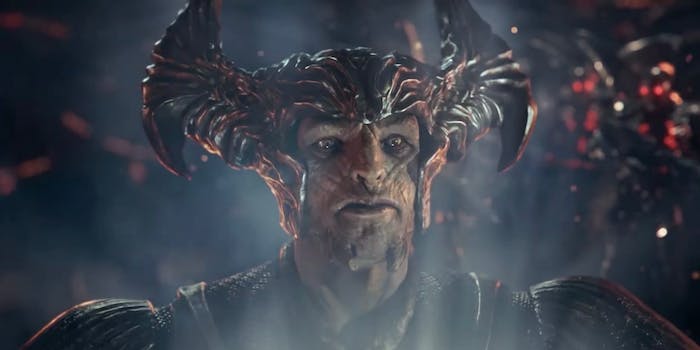 Justice League may have been an improvement on some of the previous films that linked DC Comics’ heroes and villains, but as the latest Honest Trailers highlights, it’s still a CGI-heavy mess of a film that ignores the previous canon.

Screen Junkies breaks down Justice League’s low points, and in doing so, showcases why a just “OK” movie felt like a disappointment. It reduces Wonder Woman, who helmed her own film several months prior, to someone who keeps bringing up Steve Trevor. Both Cyborg and the Mother Box-obsessed Steppenwolf are consumed by their own CGI, and it’s hard to watch Superman without noticing Warner Bros’ poor attempt to get rid of the mustache Henry Cavill couldn’t shave. And a lot of it echoed Whedon’s Avengers while doing a worse job.

In the process the movie also completely ignored the tie-ins from the films that came before it, rending all of that heavy lifting inconsequential.

And as Screen Junkies argued, it made you wish for the Snyder cut—and wish that it wasn’t just a fanboy fantasy.