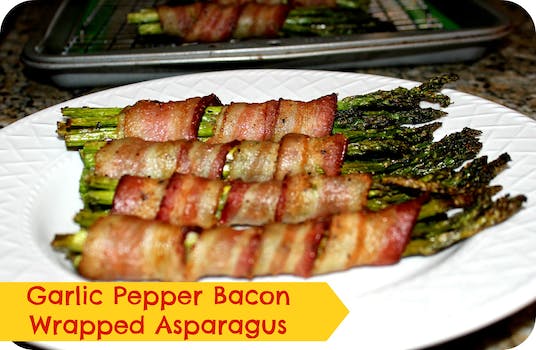 Are naturally cured and smoked bacons better for you?

Bacon is an American treasure, so where do we go from here?

On Monday, the World Health Organization made the depressing announcement that processed meats—including sausage, lunch meats and bacon—cause cancer. Specifically, ingredients produced by curing, smoking, and cooking the food are the culprits.

The news caused something of an uproar, but it provided an interesting opportunity for one company.

Taster’s Club, an artisanal liquor curation and delivery service, just branched out into a new market: artisanal bacon. The company’s new venture, called Bacon Buff, happened to launch the same day as the WHO announcement. This might be seen as a bad omen, but according to an email sent to the Daily Dot from Taster’s Club founder Mack McConnell on Tuesday, these bacon offerings are healthier than the mass produced, store-bought stuff.

“Our mission is to feature small farms across America who are doing it right, where every pig has a first name,” the email reads. “These farms produce bacon that is minimally processed, featuring far less (and often none) of the nasty preservatives that are characteristic of the basic brands. We’re the White Knights in this bacon crusade.”

McConnell elaborated that minimally processed means Bacon Buff only offers bacons that are dry cured with a salt rub or uncured (uncured bacon is preserved using celery salt with naturally occurring nitrites, he said) and then smoked the old-fashioned way—over smoking wood, not with liquid smoke.

Smoking and curing is what makes bacon, well, bacon. No matter how you do it, smoking and curing a meat makes it a processed meat—something McConnell noted in his correspondence with the Daily Dot. Without smoking or curing, bacon is just pork belly. McConnell also said there’s no such thing as a healthy bacon, but argued that products sold by his company are less carcinogenic because they’re smoked and cured using traditional techniques. And Bacon Buff isn’t the only business touting the advantage of bacon that’s prepared the old-fashioned away. You can see products declaring “no nitrates,” “no preservatives,” and “all natural” right in your grocery aisle.

But is there really such thing as a better bacon when it comes to WHO’s latest findings? The answer is not as cut-and-dried as you may wish.

The Daily Dot reached out to Wes Osburn, a researcher who studies processing and meat science at Texas A&M University. He explained the biochemistry of curing and smoking bacon.

Curing and smoking bacon were originally developed to preserve the shelf-life of the food, making it less prone to microbial growth. But how it’s carried out varies from product to product. Let’s break it down.

Curing meat basically involves putting salt on it and letting it dry.

On an industrial scale, bacon is cured by pumping it (also known as brining) with a mixture of water, salt, sugars, and preserving chemicals like sodium nitrite, sodium erythorbate, and sodium phosphates until it has gained no more than 12 percent its original weight. Then it is dried and brought down to very close to its original, “green” weight. These guidelines are regulated by the USDA to minimize the amount of nitrites in the food. That’s because when nitrites are cooked at high heat (as bacon and other processed meats usually are), they can produce carcinogens.

Dry curing bacon also uses nitrites, Osburn said. Nitrites are ubiquitous in all forms of curing in part because they give bacon its color.

Uncured bacon still contains nitrites—the “bad guys” that lead to the production of carcinogens—they’re just applied indirectly through things like celery juice. Osburn noted that the vegetable juices used in uncured meats are highly regulated to not exceed the industry standard of nitrites (i.e. they contain roughly the same amount of nitrite as the curing salts typically pumped into bacon.) But that uncured bacon typically has less of the nitrites than the cured stuff (70-100 parts per million versus 120 parts per million in cured meats.)

Smoking meat, like curing it, helps preserve the meat to extend shelf life and add flavor—but it also leads to the production of carcinogenic polycyclic aromatic hydrocarbons (PAHs). Many large-scale productions add liquid smoke to bacon because it saves time (and, presumably, space.)

Liquid smoke is more old-fashioned than you might expect. According to Serious Eats, it was first developed in the late 19th century when one chemist noticed that a liquid formed from smoke condensing in his stove pipe. So liquid smoke isn’t some kind of artificial flavoring on par with artificial strawberry. It’s literally concentrated smoke in liquid form.

Smokeless bacon also exists, but is milder and tastes more like ham than bacon to the American palate. The most common form of smokeless pork in the states is Canadian bacon. Pancetta tastes more like typical bacon, but is made without smoking.

So what’s better for you?

Osburn said that nitrite and PAH levels vary from product to product, and without testing each product himself in the lab, he couldn’t say whether Bacon Buff’s or any other “natural” bacon offerings would contain any fewer nitrites, nitrates, and PAHs than the mass-produced bacon found in stores.

He added that it’s an industry standard to add ingredients, naturally or synthetically produced, that stimulate the production of nitric oxide, and limit the production of the carcinogenic Nitrosamines produced by high-heat frying.

Lastly, Osburn’s not convinced processed meat of any sort is going to give you cancer. He says the WHO decision lacks sufficient data to back it up. He also made the point (as many others have) that the the same list of carcinogenic agents that bacon is on also includes things like coffee and wine—foods most people don’t avoid due to a fear of cancer. He also has many criticisms for the studies used in the WHO’s analysis:

Instead, he advocates for enjoying processed meats, just in moderation. “I have no [recommendation] as to amount of processed meats one should or can consume on a daily basis. But processed meats can be part of a healthy well balanced diet. Meat has protein, B vitamins, zinc and iron.”

We contacted McConnell to share the information we learned from Osburn, and he was surprised by our findings. He said that Bacon Buff’s original intent has always has been to give people the option to choose a “healthier bacon.” The company was under the impression that less processed bacon with fewer added flavors and preservatives was better for you.

But in light of the information presented by Osburn, McConnell said some message-tweaking was in order.

“I might change up the narrative of what we’re saying. The last thing I want to do is misrepresent the facts,” he told the Daily Dot over the phone.

As of press time, McConnell told the Daily Dot that he updated Bacon Buff’s website to avoid claims of their bacon being healthier than the mass-produced kind, shifting the focus to what it’s always been about about: Selling bacon made on small-scale farms using traditional techniques and a lot of love.

The Daily Dot also reached out to Kraft-Heinz and Hormel for this story to ask about their bacon curing processes and if they had any response to the WHO announcement. The companies didn’t respond by press time.

Correction: A previous version of this article misidentified nitric oxide.

Image via www.homejobsbymom.com/Flickr (CC BY 2.0)