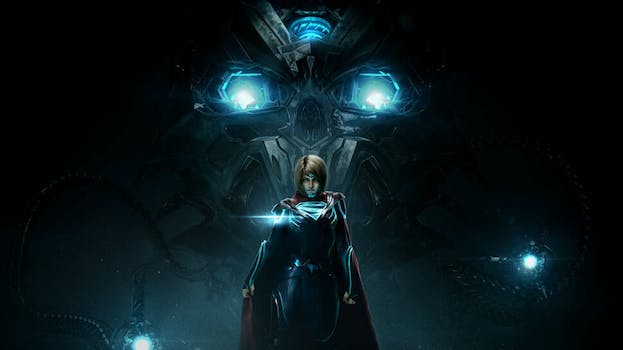 Review: Injustice 2 is a rewarding fighting game for fans and first-timers alike

DC heroes and villains go to war in this excellent, extensive fighting game.

A recent trend in superhero stories centers on a schism forming between heroes and a face-off between larger-than-life ideologies. Injustice: Gods Among Us was set in a universe where Superman occupies the role of an authoritarian dictator at odds with nearly all of the Justice League. Now, Injustice 2 arrives four years later, upping the scale of the story’s comic book roots and deepening the sense of progression. The result makes for a crowdpleaser among fighting-game fans as well as die-hard DC fanatics.

Following the introduction of parallel Earths and an evil Superman, Injustice 2 plays it safe by dealing with a more ‘traditional’ threat in the form of Braniac. A prologue to the campaign introduces Supergirl to this universe and sets up Superman’s continued moral dilemma. The opening plays out as a mission taken by Batman and Robin (this iteration stars Damian Wayne, providing excellent interactions with his father). Further alliances between heroes and villains are forged and broken quickly.

Although the story mode in Injustice 2 functions as little more than a gauntlet of brawls between set characters, the unifying plot is remarkably well-written and serves each character that appears. Both the facial animations and voice acting are top-notch as well, giving the super-powered cast a larger-than-life feeling.

This story runs a surprisingly thorough course. Many fighting games feature barebones excuses for narratives, but Injustice 2 is well-written and shouldn’t overwhelm anyone unfamiliar with some deep cuts from the DC roster, like Doctor Fate and Atrocitus. Though nothing is as surprising as the first game’s Superman murdering The Joker, the twists and turns are all well-executed.

The plot, however, moves at a pace that is sometimes detrimental to the gameplay. Since the story shifts perspectives so often and so rapidly, newcomers will barely feel adept with one character before they are forced to learn the extensive moveset of another. This uncomfortable momentum slows in later chapters, but the full roster isn’t represented in the story mode, leaving some of the best competitive fighters to more standard battles only. Still, combat basics like throws, supermoves, and counters remain consistent, so there is a tangible learning curve present in all modes.

Injustice 2 features a lengthy tutorial that gets deep into many of the more advanced strategies needed for success. The game teaches you how to juggle, combo, and effectively monitor your multiple meters from early on. Each unique character has a special power based around one of their attributes, from Batman’s disposable Batarangs to The Flash’s ability to tap into the speed force. These slight gameplay modifiers can be used at crucial moments to gain a slight advantage or boost certain stats of the player’s hero. This power is separate from other charging moves, and should be used often.

Much like Netherealm’s recent take on Mortal Kombat, the devastating supermoves in Injustice 2 are gloriously over-the-top and feature some of the game’s best animations. Despite how flashy these finishers may be, they aren’t as useful as they might seem. The meter that accesses a supermove is also tied to several other functions, which tend to be more valuable than one large burst of damage. Players can enter a brief standoff known as a Clash, and wager bars of their supermove meter to earn extra damage or gain back health. These duels are simple, as the player who bet the most of their pool wins. Likewise, fighters can drain a section of their power meter to boost the damage of standard combos by holding down one of the triggers.

Outside of those detailed mechanics, Injustice 2 plays more or less like a traditional 2D fighter. Players will naturally find themselves drawn to a character, or handful of characters, to master their skill set for online play. However, the action is much more approachable than other fighters, and should foster a good community of less-advanced players to spar with. For one, characters seem to move slowly across the screen, giving ample opportunity to break out of a juggle or reach a corner. Breaking combos and blocking are easy responses, among some of the first the game teaches.

Your mileage will always vary with a fighting game, depending on how invested you decide to become. Injustice 2 can easily offer over a hundred hours of content if you’re hoping to max out each character and climb the leaderboards, but the single-player offerings only equate to a strong dozen hours. Luckily, with the addition of guilds and gear, there are several options to keep players invested regardless of their prowess. By joining up with other players, you can earn new customization options and tackle challenges. A mode known as The Multiverse adds a rotating slate of unique situations to take on, varying in difficulty based on player experience.

The real hook Injustice 2 provides to keep players coming back is the extensive upgrade system based around unlockable loot. As you take a character into battle, that unit will gain experience points and slowly level up. Doing so lets you add custom modifiers and change up their physical appearance across all game modes. These bonuses can include new weapons and armor held within Mother Boxes. The game isn’t afraid to throw these rewards at players in frequent intervals, and because each character can be changed so much, you will almost always get something worth keeping.

Injustice 2 gives ample reason to check back almost daily, whether to strengthen an individual character or progress your guild’s reputation. With a solid story mode and comprehensive tutorials, it never once feels like the fighting mechanics are too difficult to grasp. While it may not be the most technically impressive or competitive fighting game ever made, Injustice 2 surely is one of the most accessible and difficult to put down.

Injustice 2 is available now for PS4 and Xbox One.

Disclosure: A Xbox One copy of Injustice 2 was provided by the publisher for this review.