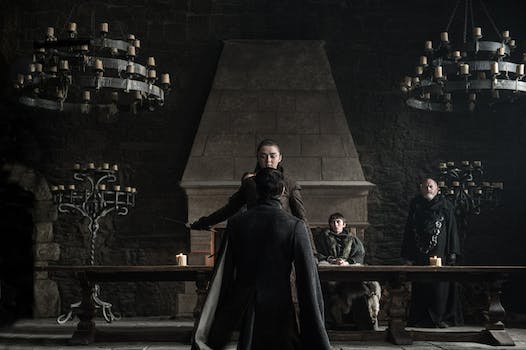 It would've explained a lot.

Warning: This article contains spoilers for the Game of Thrones season 7 finale, “The Dragon and the Wolf.”

The Game of Thrones season 7 finale revealed that after several seasons of breaking families apart and weaving chaos throughout the Seven Kingdoms, Petyr Baelish’s number was finally up. It concluded the exhausting storyline between Sansa and Arya Stark, who seemed to be at each other’s throats until the very last moment as they pulled one over on Littlefinger and put him on trial for all of his crimes. But when did they know—and how did they know—that Littlefinger was trying to tear them apart?

In an interview with Variety, Isaac Hempstead Wright revealed that there was a scene cut from the finale that would have shown a bit more of the legwork behind how Sansa figured out that Littlefinger had been playing the Starks since the beginning of the series. While fans could presume that Bran was involved in letting her know everything—Lysa’s letter, Ned’s betrayal, the Stark and Lannister feud, conspiring to murder Jon Arryn—we didn’t see it play out. But at one point they filmed such a scene.

“We actually did a scene that clearly got cut, a short scene with Sansa where she knocks on Bran’s door and says, ‘I need your help,’ or something along those lines,” Wright said. “So basically, as far as I know, the story was that it suddenly occurred to Sansa that she had a huge CCTV department at her discretion and it might be a good idea to check with him first before she guts her own sister. So she goes to Bran, and Bran tells her everything she needs to know, and she’s like, ‘Oh, s—.’”

Although fans suspected that Sansa’s moment of realization happened earlier, it was Littlefinger’s suggestion that Arya wanted to kill her to become Lady of Winterfell that finally set things off. Any conspiring between the Stark siblings took place off-screen because as the showrunners explained in an “Inside the Episode” feature, they wanted to build the tension so that audiences would believe that one of them could conceivably kill the other until the last minute. (It’s arguable if they actually achieved that considering all of the confusion behind the Winterfell plot this season.)

Wright said in a separate interview with Vulture, even though Bran is the Three-Eyed Raven now, he wouldn’t have let Sansa kill their sister. Probably. But good thing he had the foresight (albeit not a future vision) to give Arya that dagger.

This headline has been updated.