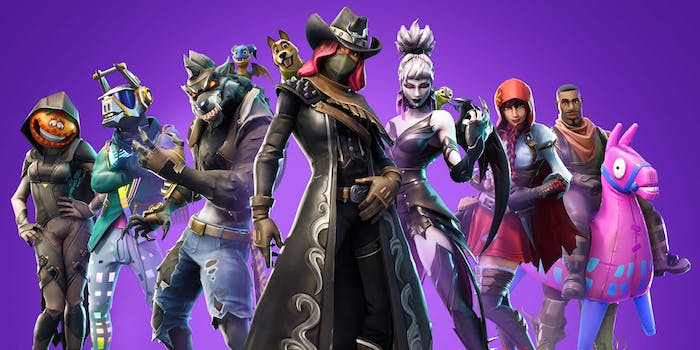 Fortnite: Battle Royale Season 6 just dropped overnight, introducing in-game pets, map changes, and new gameplay tweaks, among many other things. But let’s get to what fans care about even more than the gameplay: New skins. And Fortnite added a ton into Season 6.

If you haven’t played Fortnite before, the game’s cosmetics are one of its most appealing features. It’s also the powerhouse behind the game’s success. Players can unlock cosmetics by either leveling up the game’s Battle Pass or grabbing them for a limited time from the Item Shop. By July 2018, Fortnite made over $1 billion this way, and Season 6 is no different this time around. Remember: If you see a skin you like, you should pick up a Season 6 Battle Pass and start grinding experience points to unlock it.

There are seven new skins in Fortnite Season 6, ranging from a Little Red Riding Hood outfit to a werewolf. Here’s how to unlock all seven outfits with the Battle Pass.

DJ Yonder is one of the first two skins available as part of Season 6, and he can be acquired immediately by purchasing the Season 6 Battle Pass. As far as llama-themed DJs go, he’s pretty stylish. He’s also part of the Twin Turntables skin set.

Calamity is the other skin easily available through Season 6. You can unlock her by purchasing the season’s Battle Pass. This cowgirl-themed skin is part of the Western Wilds set and has unlockable styles that can be leveled up over time, making her a pretty nifty long-term investment for serious Fortnite players.

After reaching 50,000 XP, Calamity puts on longer sleeves, a much fancier hat, and gloves.

Calamity’s fourth form can be unlocked with 90,000 XP. This version is much sleeker, from the bandoleer to the poncho over her shoulders.

140,000 XP lets players try on Calamity’s fifth form, and by now, she’s an utter force to be reckoned with.

If you see Calamity walking around in her sixth and final form, you just close out your game right then and there. She can be unlocked at 200,000 XP.

Ever wanted to throw a default skin into a Llama outfit? That’s the idea behind Giddy-Up, a Tier 23 reward for Season 6 Battle Pass owners. It’s a pretty funny outfit, especially for Twitch streamers that want to dominate the competition with one of the goofiest new additions to Fortnite.

Fortnite just received its own Little Red Riding Hood skin, but don’t expect this outfit to give the Big Bad Wolf a free pass. Fable is part of the Red Riding skin set, and as far as outfits go, she’s pretty badass. You can unlock her by reaching Tier 47 on the Season 6 Battle Pass.

Now this is one hell of a Fortnite skin. Move over Riding Hood, Fortnite’s brand new vampiress is killing it. You can unlock Dusk by reaching Tier 71 on the Season 6 Battle Pass, and she’s part of the Nite Coven set.

Tomato Town’s Tomato Head may be gone for good, but his legacy lives on. Case in point, Nightshade is the “protector of the sauce,” and she’s pretty stylish to boot. You can unlock her as part of Season 6’s Tier 86 reward on the Battle Pass, and she’s part of the Pizza Pit set.

Last but not least, Season 6 offers Dire as the Battle Pass’ Level 100 reward. He’s part of the Full Moon set. Like Calamity, Dire has several different unlockable styles that players can earn by grinding for experience.

At 70,000 XP, his skin becomes much furrier and his clothes are practically ripped up.

By 120,000 XP, Dire has surrendered to his werewolf form, and his fur has changed colors.

Those are all the Fortnite Season 6 skins available for now. Players have 69 days to unlock them, after which Season 6 ends.