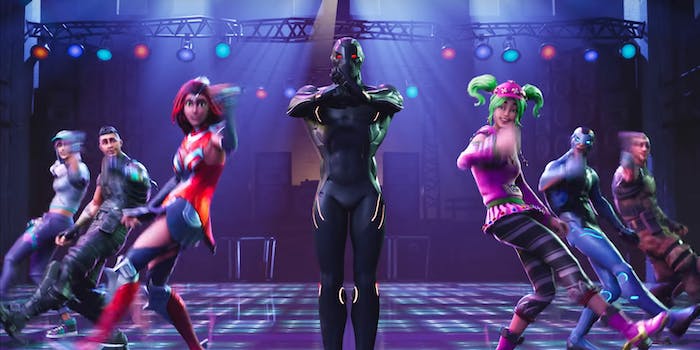 Fortnite champions are getting a $100 million prize pool

That's a lot of V-Bucks.

As if you needed another reason to gawk at the absolutely criminal amount of money that Fortnite is making, developer Epic Games has announced that it’s giving $100 million to competitive league champions for the 2018-2019 season.

Epic is putting the $100 million in a collective prize pool, meaning the money will be dispersed in various large and small amounts throughout the season for winners of regional, national, or possibly even international tournaments.

“We’re getting behind competitive play in a big way, but our approach will be different—we plan to be more inclusive, and focused on the joy of playing and watching the game,” Epic said in a statement, adding that more details about how the competitions will be formatted and eligibility guidelines will be coming in “the weeks ahead.”

Fortnite has had no issue raking in the dough since the release of its battle royale mode back in September 2017. Originally designed as a cooperative tower defense game, the game was updated with a mode that was identical in many ways to PlayerUnknown’s Battlegrounds, which helped popularize the battle royale genre.

Since then, Fortnite has raked in over $100 million on one platform in one month, and it’s only growing. Fortnite’s mobile version is reportedly earning about $1 million per day, according to SuperData Research.

Fortnite has not only captured the wallets of millions of gamers but pop culture, too. Popular streamer Tyler “Ninja” Blevins, for example, joined rapper Drake for an impromptu streaming session that broke Twitch records.

If you’re still confused as to why every teen and internet personality is talking about Fortnite—and why the game is raking in so much cash—check out our rundown of the battle royale phenomenon.