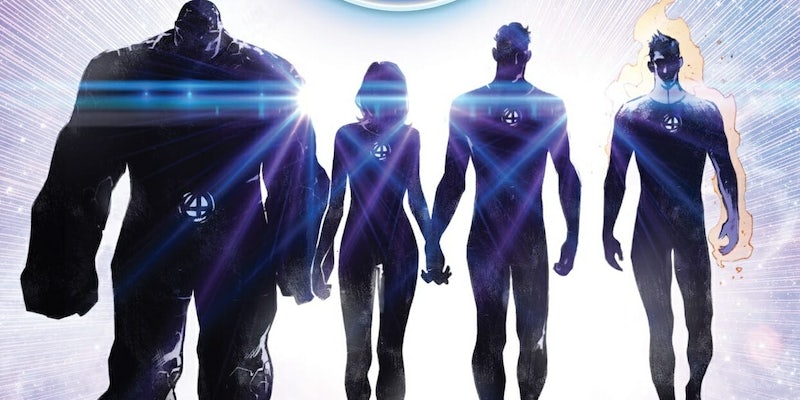 Marvel will bring back the Fantastic Four this summer

After a three-year absence from the comics, Marvel Comics will relaunch the Fantastic Four. With the Human Torch and the Thing already on the scene, they’ll bring back Sue Storm and Reed Richards to reunite the original team.

Marvel’s Twitter account teased a mystery announcement Wednesday, followed by a countdown (or count-up?) from one to three. Since four does traditionally come after three, this obviously ramped up the hype for some long-awaited Fantastic Four news. Editor-in-Chief C.B. Cebulski revealed the news in a video interview, announcing writer Dan Slott and artist Sara Pichelli as the creative team.

The interview covers all the usual beats for a Marvel Comics announcement in 2018. A celebration of vintage fan favorites, plus hype for the writer’s enthusiasm for canon. Fantastic Four fans will be excited to see these characters return, although others may roll their eyes at yet another rather predictable relaunch.

Marvel is currently in the midst of its “Fresh Start,” heralded by Cebulski’s promotion to EIC last year. This summer, the publisher will reboot its main titles with new creative teams, with a more back-to-basics approach than before. The original Thor, Captain America, Iron Man and Spider-Man will all return, undoing the recent efforts to diversify Marvel’s lineup of top-tier heroes. At the moment, the Fresh Start announcements focus heavily on white, male characters, with a very male-dominated list of creative talent. With Brian Michael Bendis moving to DC Comics, Dan Slott is a safe, old-guard choice to write a classic team like the Fantastic Four.

Fantastic Four #1 comes out in August.