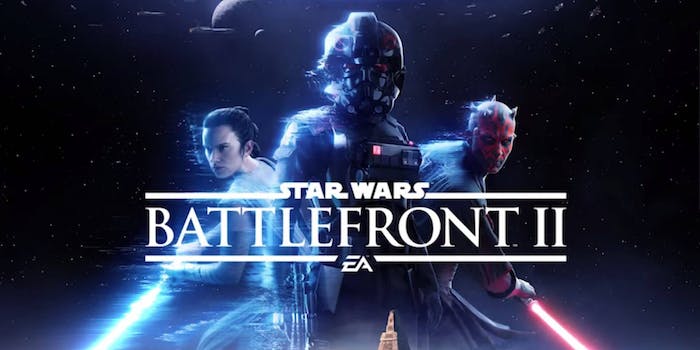 Congrats, EA. You're officially the worst.

In recent years, it seems like Electronic Arts (EA) can’t do anything right. Thanks to a keen-eyed redditor, we just found the video game publisher officially holds a Guinness World Record. And no, it’s not for anything good.

EA has been sinking lower in the view of fans for some time now. The company’s focus on microtransactions and gutting bought-out studios planted it on the shitlist of many gamers years ago. Despite several recent popular releases, the company just can’t seem to stop upsetting fans and alienating consumers.

While it is known within the gaming community that EA is one of the most reviled publishers out there, that information just spread to the rest of the world thanks to Reddit user amsha. Amsha recently shared a screenshot of the record for “most-downvoted comment on Reddit,” which went to the well-deserved EA.

Made it to the Guinness book of world records, 2020 from StarWars

The Guinness entry explains that “an official post by videogames publisher Electronic Arts, responding to players’ complaints about having to unlock characters such as Darth Vader and Luke Skywalker in Star Wars Battlefront II (2017) through ‘loot boxes’ has 683,000 downvotes.”

The EA comment, which was posted on Nov. 12, 2017, in response to a negative post from a player, had racked up a whopping 683,000 downvotes before being initiated into the Guinness World Records.

The player wrote in the Star Wars Battlefront subreddit, “Seriously? I paid 80$ to have Vader locked?”

EA responded with what a user described as a “shit response.”

“The intent is to provide players with a sense of pride and accomplishment for unlocking different heroes,” EA wrote.

Compare this to the second most-downvoted Reddit comment, which has 88,906 downvotes, and the distaste for EA becomes clear. That is a difference of just under 595,000 downvotes. Ouch.

In the two days since Amsha shared the revelation on Reddit, their post has gained more than 88,000 upvotes.