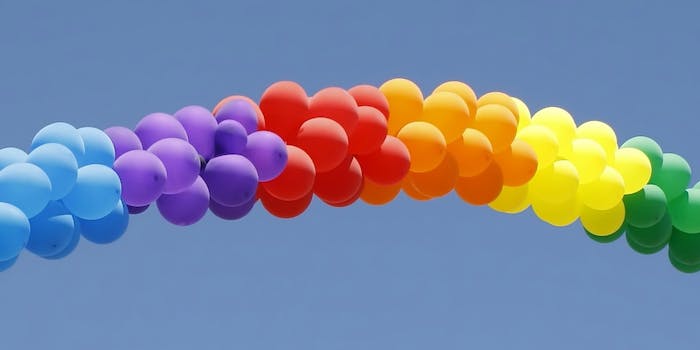 Recently, a 27-year-old asked redditors if she was the asshole for not supporting her 16-year-old sister’s coming-out party. Of course she’s the asshole, right? Only this coming-out tale has a twist. Halfway through the post, the non-supportive sister reveals that her sister is coming out as straight.

“WIBTA (Would I be the asshole) for not supporting my sister’s ‘coming out’ party,” the redditor misleadingly titled the post on the “Am I The Asshole” subreddit.

WIBTA for not supporting my sister’s "coming out" party? from AmItheAsshole

The redditor wrote that her sister was going to have a surprise coming-out party. “Normally I would have been happy and supportive, but she had been dating the same guy since she was 13, so I was confused,” she wrote.

Part of the surprise was what the younger sister’s sexual orientation was. The redditor later learned from her sister’s best friend that her sister was coming out as straight, just as she was before.

“I instantly became completely enraged, I thought it was insincere and disingenuous. It just all came across as attention-seeking and stupid,” the redditor recalled expressing to the best friend.

Only the best friend sided with the sister.

“Her best friend immediately got angry with me for not seeing that it was my sister’s job as an LGBTQ+ ally to do her part and destigmatize coming out,” she recalled.

The redditor then began to second-guess her anger.

“I know that I am 10 years older than her so sometimes I’m not totally ‘with it,'” she wrote. “But, this seemed super disrespectful to me for what people who are gay, lesbian, bisexual, trans, everything else have to go through.”

She said her sister’s idea is to have everyone have a coming-out party around the time they are 16 years old so that “eventually coming out wouldn’t be such a trauma to those who have ‘alternative sexualities.”

“I love my sister. I know that if she is sincere about this, she’s doing it with a ‘woke’ attitude and she really does believe that what she’s doing is to help,” the redditor wrote. “If I’m (not the asshole), I don’t know how to convince her that she is.”

Everyone seemed to be in agreement that the redditor was indeed not the asshole.

“The fuck is this? You can’t ‘come out’ of closet you’ve never been in, especially when you’re ‘coming out’ into the thing that everyone assumes you are anyway. No. This is just ‘I saw coming out parties on Instagram and I WANT ONE TOO’……Ally my ass,” one redditor responded.

Still though, at least the sister’s intentions, however misguided they may be, are good. And she’s 16, which still gives her a lot of time to learn how to be a proper ally.

“A little push back is probably good for your sister to feel. As an ally, it will give her a better sense how it really feels to come out, because it’s not always a 100% positive experience, even in this day and age,” another redditor responded.