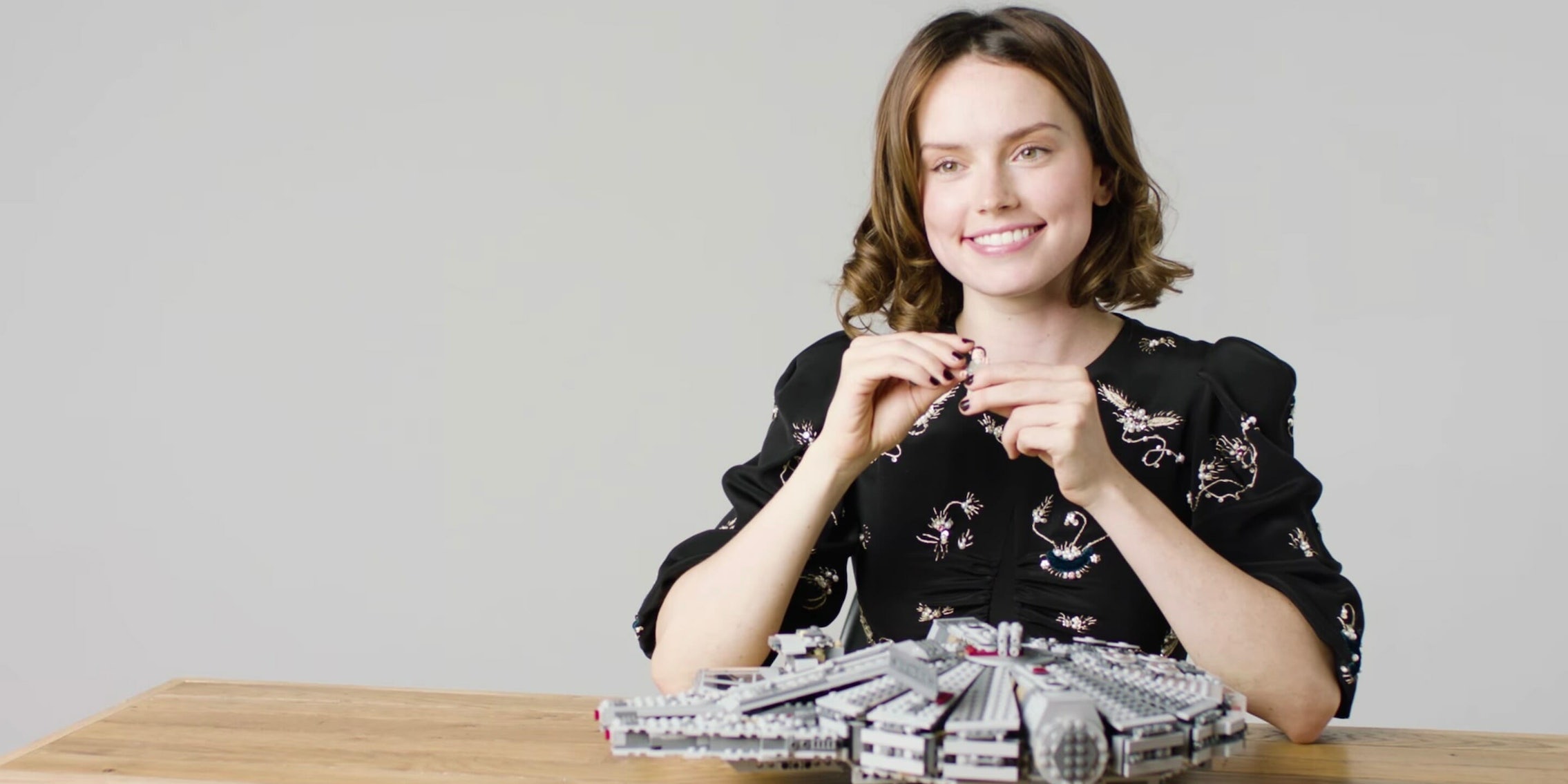 ‘I think I’m missing a piece.’

Daisy Ridley’s character in Star Wars: The Force Awakens has already piloted the Millennium Falcon, but now she’s taking it one step further: trying to build it.

In a video for Elle UK, Ridley attempts to build Lego’s Millennium Falcon set—the one released before The Force Awakens’ theatrical premiere, not the massive 7,541-piece set released earlier this year—while tackling a handful of questions thrown her way.

She doesn’t reveal anything major about The Last Jedi, but she has plenty of thoughts on returning to Star Wars after seeing the impact Rey has had on audiences, her own Star Wars impression, and what her ideal lightsaber would look like. (Hint: It would look much different than the one Rey wields.)

With the help of some Star Wars and editing magic, she’s got a fully formed Millennium Falcon in her hands in mere minutes. Not a bad build for a ship Rey once called garbage.