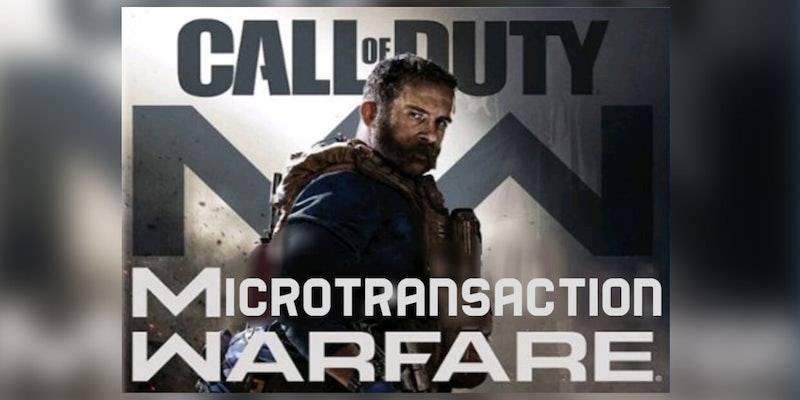 The anger directed at Activision shows one of modern gaming's most contentious issues.

Recent news from video game publisher Activision has gamers up in arms.

In a trailer for its upcoming Call of Duty: Modern Warfare, set to be released on Oct. 25, it was revealed that one of the game modes will only be accessible to PlayStation 4 players. Many gamers were angered by the news, some going so far as to cancel pre-orders and pledge to boycott. While it is hard to say how Activision will respond to the reaction from consumers, the move reveals one of gaming’s greatest modern problems.

A few weeks ago, Activision and video game developer Infinity Ward announced that “most” of the post-release content for Modern Warfare would be available “simultaneously across all platforms.” Last week, we found out what that “most” was all about. Gamers looking to enjoy Modern Warfare on PS4 gain a special, exclusive perk unavailable to Xbox One and PC gamers. While everyone will have access to the majority of the game, the Survival mode will only be available to PS4 owners until October 2020. That’s a year of exclusive access for PS4 players.

In a Twitter exchange, Infinity Ward’s narrative director Taylor Kurosaki addressed player’s concerns. Showing sympathy for fans who felt jilted by the move, Kurosaki spoke directly with several upset commenters. “We have tried our best to have an open dialogue with our players from day one,” he wrote. “We understand letting that trust down. These are complicated decisions that are above our pay grade. Please know we want what’s best for all our players.”

100% of the player base gets Spec Ops and everything else in the game, day one. Survival mode is the only thing in the game with a timed advantage to Sony.

It’s all good. We have tried our best to have an open dialogue with our players from day one. We understand letting that trust down. These are complicated decisions that are above our pay grade. Please know we want what’s best for all our players.

The primary complaint from gamers boils down to a specific point: If all consumers are paying the same price, why aren’t they getting the same game? By making a game mode exclusive to one console, any gamer playing on PC or Xbox One is now shelling out the same cash for a lesser product.

Most gamers looking to purchase the newest Call of Duty game do so for the enjoyment of sharing the game with friends. Considering the frequency with which these games are released—a new Call of Duty game has hit shelves every year since 2005—waiting an entire year for additional content becomes frustrating to users. By the time Survival mode is available to PC and Xbox owners, the next Call of Duty game will be on its way. At that point, it makes more sense for these jilted consumers to wait for the next release, rather than throw their money at an incomplete game.

Speculation persists that the decision was made in order to impede cross-platform play. Cross-platform play gives players using an Xbox One the chance to play with friends on PC or PlayStation. Sony’s track record here has been criticized by fans.

One fan pointed this out in a Reddit thread dedicated to the Call of Duty: Modern Warfare news. “It’s like pulling teeth to get Sony to allow cross platform on any game,” KaLovee wrote. “So many game developers come out and say they try, but Sony won’t allow them.”

What are Xbox One and PC gamers missing out on?

It’s not entirely clear what, precisely, the Special Ops Survival mode will include. Presumably, based on previous releases, it will involve holding an objective for a set length of time. Considering the “survival” part, this mode will probably involve holding out against overwhelming odds or extremely difficult enemies.

In another tweet from Kurosaki, he claimed that Survival mode makes up “1% of the game.” The remaining “99% is simultaneous day and date across all platforms.” He noted that the cross-platform availability, which many fans think was the trade-off for the exclusive game mode, is worth missing out on content.

The larger issue in gaming

This issue points to a larger problem in the gaming community.

Games have certainly changed since the charming 8-bit favorites of the industry’s early years. As games have become more complex and involve larger teams and bigger budgets to create, companies logically charge more for the end products. Patches and updates allow games to continue to grow even after release, and post-launch DLC increases replay-ability and continued enjoyment. But this has led to a growing trend in the industry. Gamers frequently complain that their brand-new game is a bare-bones version… that still costs the average gamer upward of $60. Then, in order to enjoy the game in its full glory, additional money is required for DLC.

Gaming companies like Electronic Arts have long been criticized for their emphasis on in-game monetization, and as the trend spreads, gamers often feel exploited. Micro-transactions and broken base games are increasingly the norms when it comes to modern gaming.

The addition of loot boxes in games, in particular, has led to controversy. Loot boxes, which are usually purchasable virtual consumables containing a random assortment of in-game items, have been accused of encouraging gambling among young players.

In early games, every weapon, character, and creative skin could be found in-game. You might have to climb a mountain and beat a boss to find that perfect sword, but every player had equal access. Now, with loot boxes and similar techniques, players can purchase better armor, superior weapons, or preferred characters with real-world cash.

Once-beloved video game companies are slowly sliding into using these monetization techniques, often alienating their consumer base in the process.

Call of Duty reactions and memes

The Call of Duty: Modern Warfare news from Activision quickly prompted a vocal response from gamers. Angry players took to social media to blast the company, using memes to express their ire. “Can’t believe @Activision really is trying to warrant having an ENTIRE gamemode exclusive for one console for an entire year while charging the same price for their game on all mediums,” Twitter user @milleralanjacob wrote.

Spec Ops: Survival Mode In Modern Warfare will be Exclusive to the PS4 for an entire year. from gaming

We’ll gettum next time. from gaming

Activision is the new EA from gaming

Activision: there not loot boxes they are surprise mechanics.

Pay to win loot boxes in #CallofDutyModernWarfare … Bye! Pre orders cancelled. Telling all my friends. Such a shame…. Such a shame…@Activision @CallofDuty

Many gamers say they’re canceling orders. But the title remains one of the most anticipated releases of the fall.