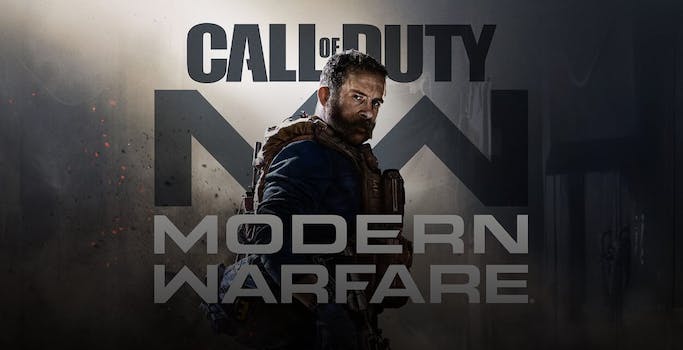 One the most iconic shooters of all-time has a bold new installment in 2019's Call of Duty: Modern Warfare.

They say war never changes—but they’re wrong. Call of Duty, one of the most long-standing first-person shooter games in history, is aiming to reinvent itself by returning to the moniker that changed the landscape of multiplayer games. Modern Warfare returns this year, not as a remake or remaster, but as a new vision of what the franchise can be.

Following the bombastic science-fiction antics of Black Ops 4, Call of Duty is returning to the grounded, realistic action that made it a household name. Fan-favorite maps and modes are set to return, along with several new additions.

Perhaps the most intriguing change to Modern Warfare is the weapon customization suite called Gunsmith. With the entire game seen down the barrel of the gun, Infinity Ward dreamt up a creative way for players to differentiate their experience. Each weapon (and the players’ wrists) can be tweaked with mods that adapt to your play style—or just add some visual flair.

Gunfight focuses entirely on 2v2 matchups and hardcore tactics. It’s an unpredictable mode where players’ equipment is assigned randomly between rounds. You never know what kind of opponent you’re going up against, so all strategies are on the table.

On the other end of the spectrum, Ground War is set to feature at least 64 players duking it out on large-scale maps with multiple vehicles. Though the battle royale craze of Blackout doesn’t seem to be returning, this mode should offer plenty of frenetic firefights.

Of course, one of the most memorable aspects of the original Modern Warfare was the stellar single-player story. Introducing characters like Captain Price and Soap MacTavish to the fold, this campaign pushed the envelope for the series and drew it closer to the politically charged climate of the time. More than a decade later, though, the world is quite different, and this game aims to reflect those changes.

The reveal of this year’s Modern Warfare was paired with a detailed breakdown of what campaign missions will be like. The story is set to touch on the controversial elements of, well, modern warfare. Civilians caught in crossfire. Children forced into military roles. Questionable technology used for a strategic advantage. Infinity Ward has kept relatively quiet on the nature of the story since then, but has teased the moral ambiguity of some tense scenarios. With the same lifelike attention to detail in features like night vision and realistic sound engineering, the developer aims to keep players on their toes about the reality of ‘good vs evil’ at play.

In this mode, players step into the boots of Sergeant Kyle Garrick, a soldier from London whose life is rocked by a terrorist attack early in the story. It seems like missions will once again span the globe, and feature other controllable characters from different scenarios.

Call of Duty: Modern Warfare hits PC, PlayStation 4, and Xbox One on Oct. 25.

If you’ve pre-ordered the game, you’ll be able to access the open beta that lets players hop into online matches starting on Sept. 19. Players across all platforms can try the game for free Sept. 21-23. 2v2, and 6v6 playlists will be supported across a variety of maps, with more potentially to be revealed as the launch draws closer.