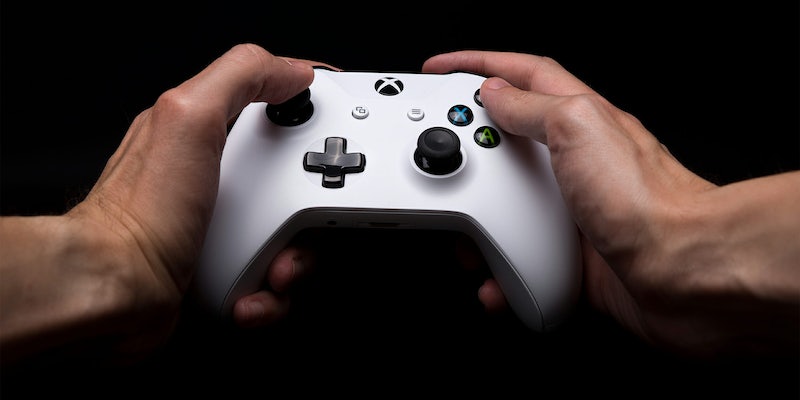 What is gaming disorder, and who’s the most at risk?

Gaming addiction isn’t a new concept, though. It’s been a favorite topic of numerous politicians and health organizations, sometimes thanks to socially conservative beliefs that sought restrictions on the medium. Here’s everything you need to know about gaming addiction.

What is gaming disorder?

According to the World Health Organization (WHO), the United Nations agency responsible for monitoring public health issues, gaming disorder is “characterized by impaired control over gaming, increasing priority given to gaming over other activities to the extent that gaming takes precedence over other interests and daily activities, and continuation or escalation of gaming despite the occurrence of negative consequences.”

That doesn’t mean you necessarily need to be worried about how much you’ve been playing Fortnite. There’s nothing wrong with spending a couple of hours a week—or even a night—with a controller (or your smartphone) in your hands. As with any form of addiction, it’s when you have trouble stopping, or when it starts to have serious negative consequences for other aspects of your life, that you may want to talk to someone about gaming addiction.

To make an official diagnosis, WHO stated, “[T]he behaviour pattern must be of sufficient severity to result in significant impairment in personal, family, social, educational, occupational or other important areas of functioning and would normally have been evident for at least 12 months.”

The organization tackled a few basic questions on YouTube.

A brief history of gaming disorder

One of the earliest descriptions of gaming addiction came in the early 1980s, when researchers coined the term “Space Invaders obsession.” Another paper, “Junk Time Junkies” from 1983, involved observations from school counselors that students with gaming addiction showed signs of compulsive behavior and suffered when attempted to unplug.

Most of the debate around gaming addiction has been over the term itself. Some researchers have refrained from using the term “addition,” preferring “excessive,” “compulsive,” or “harmful” instead.

For years, a strict classification of gaming addiction eluded researchers. A large part of the problem was the lack of a unified, quantifiable measuring system by which to gauge addiction to games. In the 1990s, much studies were self-reported and done using criteria adaptive for pathological gambling. Critics argued that these studies actually quantified “video game preoccupation,” not addiction.

As video games became more popular through the late ‘90s and early 2000s—the immensely popular World of Warcraft drew in millions of players—their potential effects were more closely scrutinized. That trend has only continued. Between 2000-2010, an estimated 60 studies on gaming addiction were published, though most were focused specifically on MMORPGs (massive multiplayer online role-playing games) like World of Warcraft and the males who dominated them.

A history of gaming addiction wouldn’t be complete without mention of violent gameplay and its politicization. Since as early as 1976, video games have faced backlash by the public and politicians for featuring displays of violence. Night Trap on Sega CD, for example, was famously pulled from shelves over its footage of actors being slain by home invaders, an act that prompted a U.S. Senate committee hearing on video game violence. Games like Mortal Kombat, Grand Theft Auto, and Call of Duty have been the subject of multiple court cases, most of which failed to gain any traction. Regardless, these games’ depictions of violence have been used as rationale for addressing “addicting” behavior.

In recent years, gaming addiction has also become a large issue among game developers and politicians, thanks in part to the ubiquity of smartphones and the rise of loot boxes. Loot boxes are randomized rewards that you typically earn either slowly through in-game progression or more quickly by outright purchasing them. They’re problematic because they utilize a lot of the same mechanics found in gambling, such as RNG (or “random number generator”) that determines how often you earn high-level rewards, all in an environment that many children regularly interact in. Search your local entertainment store (like a Barnes & Noble) and you’ll find this practice also used for items like blind boxes, physical manifestations of the loot box phenomenon that contain one of a set number of licensed toys.

When fans of Star Wars Battlefront II decried the franchise’s use of game-influencing loot boxes, the ensuing fervor drew the attention of European governments. The Belgian Gaming Commission declared loot boxes illegal and threatened the developers of games like Overwatch, CS:GO, and FIFA 18 with possible jail time if they didn’t remove loot-box functionality.

This is all to illustrate that gaming addiction is no longer just about the satisfying mental effects of a fun, engaging game. It can also manifest in financial loss, as more games include loot boxes or downloadable-content functionality that costs players significant amounts of money to obtain.

Who is at risk for gaming disorder?

WHO notes that only a “small proportion of people who engage in digital- or video-gaming activities,” but it follows that statement up with a warning:

“However, people who partake in gaming should be alert to the amount of time they spend on gaming activities, particularly when it is to the exclusion of other daily activities, as well as to any changes in their physical or psychological health and social functioning that could be attributed to their pattern of gaming behaviour.”

Summarizing studies of video game addiction from 1994-2012, researchers Mark Griffiths, Daria Kuss, and Daniel King noted that “that adolescent males and young male adults appear to be at greater risk of experiencing problematic video game play.” University students, in particular, may be particularly susceptible to gaming addiction because they generally have more time on their hands, some expendable income, high-speed internet access, and may be struggling to adjust from life away from home.

How is gaming disorder treated?

There is no standard treatment right now for gaming addiction, though there is a growing demand for treatment. In South Korea, for example, there are more than 140 counseling centers that deal with online addiction, while a 12-step treatment plan has also been developed by Online Gamers Anonymous. The lack of scientific studies and standardized controls in experiments around the treatment of gaming addiction, however, has made it difficult to determine the efficacy of various treatment models.

The future of gaming disorders

It’s important to reiterate that WHO states that a proper diagnosis can only be made by a medical professional specifically trained in recognizing addiction, and symptoms must be observed for at least 12 months. WHO’s own studies suggest that gaming disorder only affects a small portion of people who play video games.

It might take some time for the WHO’s classification to gain traction, as the pushback from groups like the Entertainment Software Association and video game fan culture at large have historically stymied any hard legislative action.

The biggest difference between the WHO’s classification and previous statements from governmental bodies is its almost focus on the addictive behavior, rather than how that addiction may have translated into aggressive or outright violent behavior.

The International Classification of Diseases operates as a basis for U.N.-associated countries to consider when developing their own national health strategies. This means governments of various countries might be able to use this classification in future legislative debates.

Julia Hobsbawm, editor-at-large for Thrive Global’s Social Health section and author of Fully Connected: Surviving and Thriving in an Age of Overload, attributes WHO’s classification of gaming disorder to a growing literacy around mental health issues.

“I think this gaming disorder is a recognition of mental health being at-risk of certain kinds of addictive behaviors and repetitive syndrome behaviors,” Hobsbawm told the Daily Dot.

While Hobsbawm welcomed the new classification, she argues that WHO’s broader framework needs to be updated to include social connectedness as a determining factor of health. In other words, Hobsbawn believes people should “know how to disconnect as much as how to connect, and how to know what you need to know and who you can turn to—and when.” Those abilities, all of which are relevant to gaming addiction, Hobsdawn argues, are “as much about being able to function well in society as having good physical and mental health.”