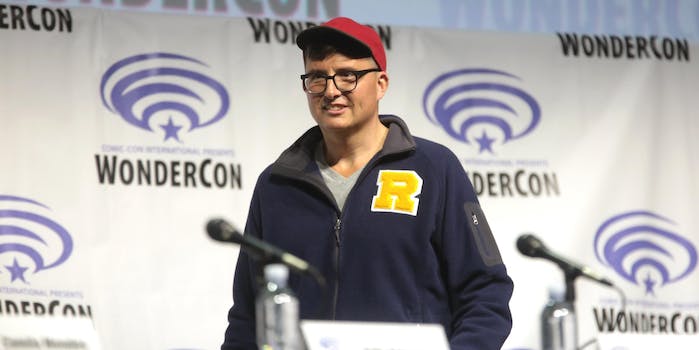 It's described as 'a vampire soap about empowered, immortal women.'

Roberto Aguirre-Sacasa, the showrunner behind Riverdale and Chilling Adventures of Sabrina, is developing a Brides of Dracula series over at ABC after the network greenlit a pilot.

The show, which is titled The Brides, is described as a modern-day version of Dracula. It’s centered around the three female vampires who live with Dracula in his Transylvania castle. According to Deadline, the series is “a vampire soap about empowered, immortal women and the things they do to maintain wealth, prestige, legacy — and their nontraditional family.” Dracula will also play a role in the show.

The Brides of Dracula, as the vampire “sisters” of Dracula are often referred to, play a role in Bram Stoker’s novel and subsequent versions of the story adapted over the years. These women seduce unsuspecting men in Dracula’s castle, and while they eventually had their way with Jonathan Harker, their attempt to hook Van Helsing later in the novel eventually resulted in their deaths.

It’s not the first time that Aguirre-Sacasa has tried bringing The Brides to television; he originally had a pilot order from NBC back in 2015. But this is a new version of that show—which multiple networks were interested in—that will play into the story’s horror and sexual elements, and the search for the leading roles is already ongoing.

While it’s possible that The Brides isn’t ordered to series, it’s yet another indication that we might be in the midst of the latest vampire TV resurgence. Between FX’s What We Do in the Shadows, BBC and Netflix’s Dracula miniseries, Netflix’s Castlevania, and the CW’s Legacies, it would be in good company.