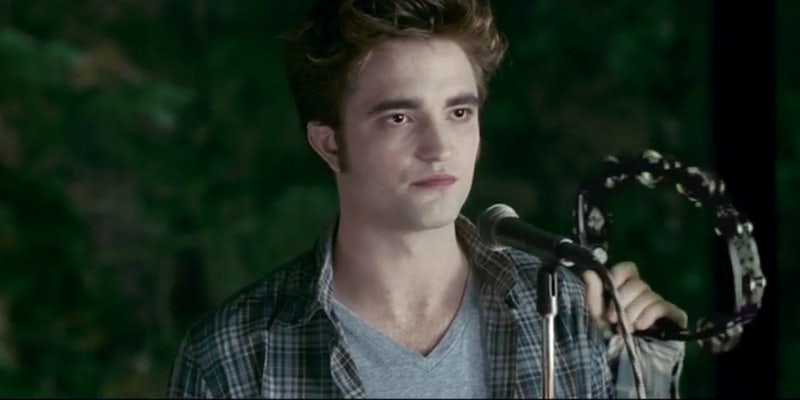 This Bad Lip Reading of ‘Twilight’ is the same incoherent mumbling, only funnier

Aren't we all, deep down, just looking for an assassin pig?

You might think the Twilight franchise is a cinematic juggernaut for all the wrong reasons, but you’d be wrong, my friend. From start to finish, the story that gave us shirtless Taylor Lautner and endless, terrible emo renditions of “There’s a Possibility” has been a win for Twilight fans and all the rest of us. If 100 percent of the human population enjoys terrible acting, melodrama, and long pauses where actors awkwardly stare at each other without saying anything, then Twilight delivered 100 percent of the time.

That’s why we’re incredibly pleased to have a new addition to our list of 10 Awesome Things Twilight Gave Us: The latest Bad Lip Reading video, which continues the series’ take on Twilight with the third film in the franchise, Twilight: Eclipse.

Centipedes, assassin pigs, and pelican jeggings—this edition has everything, including incoherent mumbling we’ve come to know and love from both the Bad Lip Reading series and the Twilight franchise. Stephenie Meyer, pay attention: A hot potato serenade is how you create real sexual tension.

Check out the first two installments in BLR’s Twilight takes, here and here. Then settle back and enjoy the masters at work:

So what do you think? Is Twilight Part Trois as epic as Bad Lip Reading’s Game of Thrones?