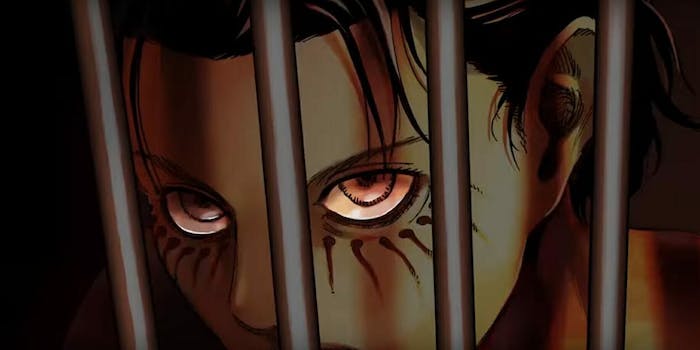 Hit anime series ‘Attack on Titan’ is coming to an end

Attack on Titan will end with season 4, according to the new teaser trailer.

Adapted from the manga series, the anime arrived in 2013, soon becoming hugely popular in Japan and overseas. Gritty, violent, and full of shocking plot twists, Attack on Titan is a quasi-historical apocalyptic adventure story where humans battle man-eating giants called Titans. The show is somewhat notorious for delays and unexpected waits between seasons, with season 2 airing in 2017, and season 3 split between 2018 and 2019.

The new teaser features Mikasa’s voice saying “Eren, please, come back,” in Japanese, and refers to season 4 as “the final season.” The manga is still in progress (although it’s expected to end in the next two years), so this may be a Game of Thrones situation where the show’s ending differs slightly from the original canon.

Attack on Titan isn’t quite as ubiquitous now as it was in 2014 and 2015, but it’s still receiving strong reviews in season 3. However, it’s also begun to earn more criticism for its potentially fascistic political subtext, which originated with the manga.

Like the first three seasons, season 4 of Attack on Titan is expected to air on Crunchyroll to overseas audiences.