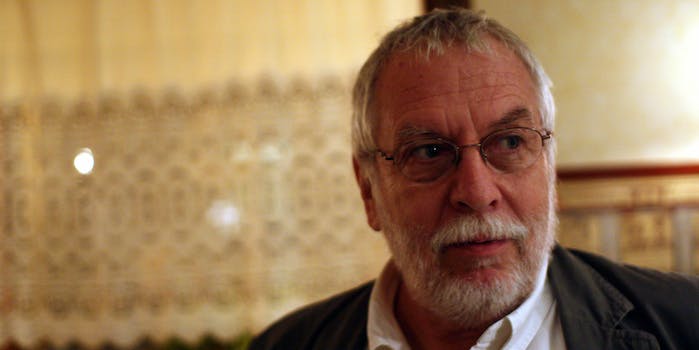 Atari‘s developer, Nolan Bushnell, will no longer be this year’s recipient of the Game Developers Conference’s Pioneer award after an outcry erupted over how he’s treated women in the past. Within moments of the conference making the announcement Tuesday that the award would be presented to Bushnell, the hashtag #notnolan started trending with horrific stories of past examples of Bushnell’s sexual harassment, prompting the GDC to take swift action.

Among the many women in the industry who spoke out against the nomination, gaming developer Brianna Wu (who took on Gamergate) expressed outrage over the choice to honor Bushnell. She also tweeted about Bushnell’s history of inappropriate behavior toward women.

According to Wu, the Atari founder held the company’s board meetings in a hot tub, and female employees who board members found attractive would be invited and pressured into stripping naked with the men—something Bushnell wrote about in his book The Ultimate History of Video Games. Wu also explained that Atari frequently found inspiration for its project’s titles based on the names of female employees who Bushnell found attractive.

2/ Atari held board meetings in a hottub. There, the board would invite the women employees they wanted to have sexual with up to the suite, and pressure them to strip naked with the men.

This is by Mr. Bushnell’s own admission in the book “Ultimate History of Videogames.”

2/ Atari had a culture of naming their videogame projects after the hottest women that worked there. So, if Mr. Bushnell wanted to sleep with say, “Cathy” a project would be Codenamed Cathy.

Amid the outcry, organizers of the conference announced via Twitter that it chose to rescind its award to Bushnell and instead planned to use it “to honor all of the pioneering and unheard voices of the past.”

A statement from me pic.twitter.com/OfsrgaCmgW

While the gaming industry is notorious for its misogyny and its failure to be inclusive of women (as best exemplified by the GDC’s male-dominated advisory board), this recent development underscores the power of the #MeToo movement. It also proves that there are many men willing to take a stand beside women to bring an end to sexual harassment in the workplace, even if it comes at the expense of men like Nolan.