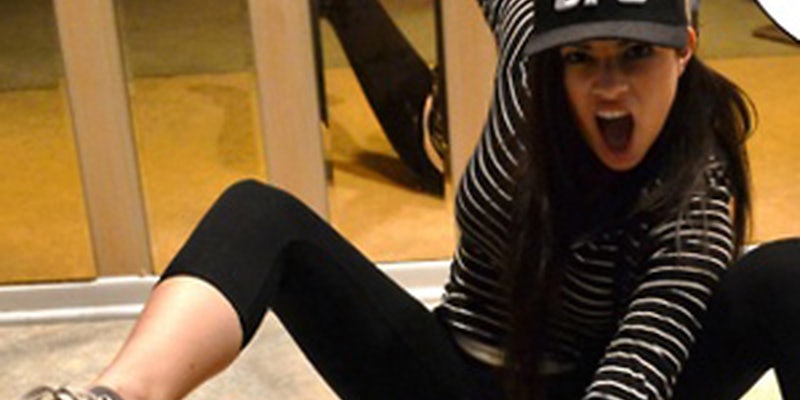 From LiveJournal to Twitter, women are increasingly making their voices heard online and finding a supportive community in the process.

Not everything coming out of Readercon this weekend was good.

One of the world’s largest and most prestigious sci-fi/fantasy conventions, Readercon has been around for 23 years and counting. But it appears that the con hasn’t exactly modernized with the times. Writer Genevieve Valentine expressed her frustration with the con’s lack of female representation as well as the condescending and patronizing attitudes she had to put up with as one of the few women on panels this year.

In a LiveJournal post entitled “Readercon: The Bad and the Ugly,” Valentine wrote:

“I was the only woman (which didn’t seem to be a rare thing, this year), and despite making some comments which would indicate I am an adult with a functioning critical-thinking module, the moderator, Theodore Krulik, made me the object of several patronizing comments and the sort of leading questions you pose to a three-year-old.”

Within hours of posting, Valentine’s entry had garnered hundred of comments, many from women and female con-goers who reported similar experiences of witnessing female panelists dismissed by male moderators. One commenter reported anonymously that last year at GenCon a panel on gender diversity in gaming took place—featuring only male panelists.

It’s no secret that lately in the fantasy, comics, and gaming communities there’s been increased talk of sexism in the industry, be it manifested through lack of female employees, harassment of female critics, convention “booth babes,” condescending attitudes towards female fans, or objectification and violence towards women in fictional narratives. Not to mention the striking depiction of Scarlett Johansson in promotional material for The Avengers.

However, one thing that seems to be overlooked is the way that women who are marginalized in real-life nerd spaces are taking to the Internet to speak out.

Take Kate Leth, author of popular webcomic Kate or Die. When a father told his daughter in her comic store, right in front of her, that there was “nothing for her” in the store, she tweeted angrily, “you bet yr ass I gave her a free comic.” Leth added, “what am I, chopped liver?”

Reaction on Twitter was swift and heated, with many women sharing similar experiences. One bookstore worker told Leth about witnessing a male fan react to the Batwoman series with, “But she’s a woman! What kind of superhero is that?”

The day before Kate Leth shared her frustration with comic store harassment, West Coast comics fan Raechel Price tweeted about a similar incident on her latest trip to the comics shop.

“To me, his question implied that he thought I was another non-nerd girl braving the Scary Land of Comic Book Shops to buy something for her boyfriend,” Price told the Daily Dot. “All in all, it was something very small, but it still ticked me off.”

If the growing outrage from women feeling marginalized in public shared geek spaces is anything to go by, this incident is nowhere near as small as Price may think. Last year on Livejournal, thelastgoodname’s post about a lifetime of experience with harassment in comics and gaming stores received hundreds of comments from women with similar experiences.

“I could not get anyone to acknowledge that I existed,” she wrote.

“There were guys behind the counter, yes, but they kept up their argument about Green Lantern while I stood in front of them. I had to interrupt, finally, to ask my question, and then I discovered my second superpower: I had a wall of silence surrounding me. They exchanged glances, gestured vaguely to the back of the store, and went right back to their argument. I left without finding the book I’d come for.”

Multiple women who worked in and frequented comics stores contacted the Daily Dot to talk about feeling condescended to, harassed, and patronized by male staff and patrons.

“If I had a dollar for every time someone asked me if I actually read comics,” Bria, who manages a local store in D.C., told the Dot, “well, I’d have a lot more money than I do now. For a while, our manager actually ended up putting up a sign with Batman on it and a caption that read, ‘Yes, Gentlemen, she does read comics,’ that we could place on the counter during our shifts.”

Lifelong comics fan Kat Overland told the Dot: “The first shop I went to in D.C., I walked in and the guy behind the counter looked up and said, ‘The Archie comics are back there,’ in the most condescending tone possible. I turned around and left because I was there for the new Scott Pilgrim. That store is now out of business.”

The overwhelming feeling the Daily Dot heard from women we spoke to was the feeling of being invisible. Reddit user TheHoundsTooth recently spoke about being ignored from the perspective of a comics store manager, while LiveJournal user st_aurafina verbalized this sentiment as a customer:

“[T]here’s still this atmosphere when we walk in the door. No, actually, it’s more like a miasma. I know full well we’re not the real customers.”

As outcry against sexism in real life spaces grows, for example, the movement to organize women in online spaces in advance of real-life harassment is growing. Valentine, who was subjected to sexual harassment outside of official con spaces, ended her Readercon post with a list of suggestions for how not to make a woman feel uncomfortable if you were engaging with her at a con. And Hollaback, the online “movement to end street harassment,” gives tips to everyone on how to avoiding harassment by knowing where the worst perpetrators are located in advance.

Hollaback, nearing 7,000 likes on Facebook, is just one example of the way women are using the Internet to speak back against misogyny. Tumblr’s “street harrassment” tag is literally full of women detailing first-hand experiences and discussing how to deal with IRL harassment.  As recently as yesterday, a week after Tumblr user breakfastcookie used Tumblr to publicize her friend’s experience with being the brunt of rape jokes at a Daniel Tosh gig, Twitter user Courtney Stoker storified her exchange with actor Simon Pegg about cosplayers to draw attention to the kind of harassment geek girls at Comic Con are regularly subjected to.

Why exactly are we seeing so many geek spaces becoming regular scenes of contention centered around issues of gender?

Gamer Katie Williams, feeling shunned and patronized while attempting to do press coverage for E3 last month, took her frustration to Kotaku, an online hub for gamers:

“After so many years of getting underestimated for being a woman in online games, in a games degree, in games journalism, why would it seem that I’m still not used to this? Why am I not tired of it already? Why have I not yet learned to shut up and realise that things will never change?”

Yet change is coming, slowly. After reading of Valentine’s experiences at Readercon yesterday, several Readercon organizers and moderators promised to be more proactive in screening creepy con attendees and advocating for greater female representation.

And if women keep taking their frustrations to the Internet, it’s likely that real-life change will follow.