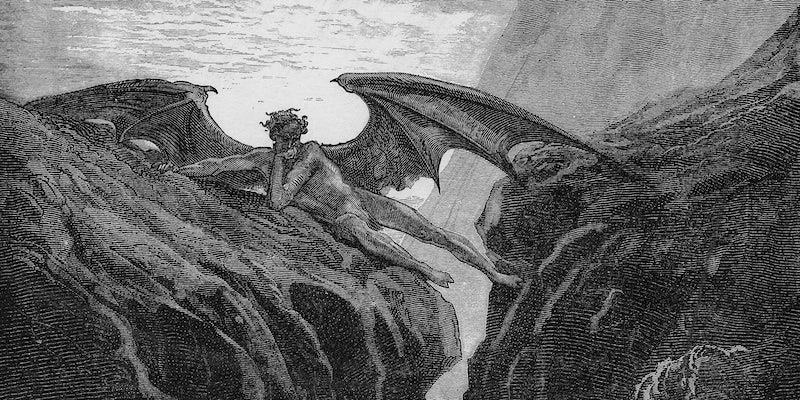 Who knew there were so many references to 'Paradise Lost' in 'Alien: Covenant'?

If you noticed some biblical undertones in Prometheus and Alien: Covenant, you’re not alone.

In this video from Alien fan Herrozzy, you can see some theories about Ridley Scott’s artistic inspiration. Herrozzy matches scenes from Alien: Covenant with classic art that includes illustrations from Milton’s Paradise Lost and Dante’s Divine Comedy, emphasizing the film’s epic landscapes and gothic mood.

It’s hard to tell how many of these examples are intentional and how many are coincidental overlaps with classic horror imagery. You can’t really characterize stormclouds and sunbeams as a specific reference, but we do know that Scott was inspired by Milton. In fact, the film’s original title was actually Alien: Paradise Lost. Michael Fassbender‘s android antihero David 8 is roughly analogous to Milton’s Satan, as a fallen angel who rebelled against his God-like father (billionaire Peter Weyland) and now leads a demonic army.

While Alien: Covenant isn’t the best film in the franchise, it certainly gives fans a lot to chew on. First, there was all that disturbing sexual imagery, and now we can dig into the film’s religious and artistic background as well.