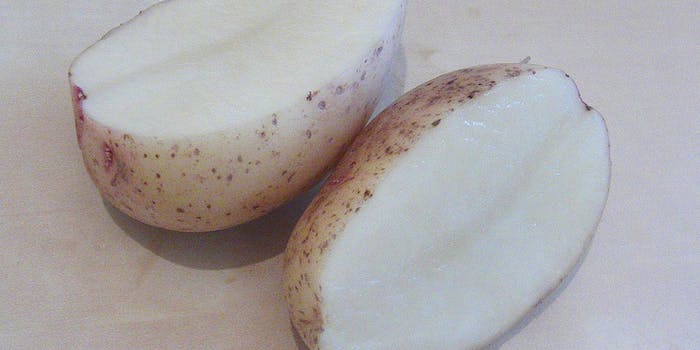 Infamous redditor POTATO_IN_MY_ANUS has been banned from the social news site for, among other offences, "creating a subreddit that disregarded the rules of reddit regarding sexualizing teens/minors.”

Another prominent moderator for Reddit’s defunct r/creepshots forum, which featured surreptitious photos of women taken in public without their knowledge, has disappeared from the social news site.

Late Thursday night redditor POTATO_IN_MY_ANUS (PIMA) was banned from Reddit after the site’s staff determined he had violated the site’s rules. In a message posted to r/SubredditDrama, Reddit community manager David Croach (Dacvak) explained that an investigation of PIMA’s account revealed that he “was creating a subreddit that disregarded the rules of reddit regarding sexualizing teens/minors, and not being active in moderating posts that broke that rule.”

“He’s had multiple offenses in that category,” Croach added.

The Daily Dot reached out to Croach for a comment, but did not hear back by time of publication.

PIMA was a moderator for r/creepshots, a forum featuring suggestive photos of women that has recently grabbed national headlines. The subreddit got one substitute teacher fired for allegedly posting a photo of a student on the site. He was let go after a group of Reddit justice seekers anonymously tipped off the police to the teacher’s activities, Jezebel writer Katie Baker reported.

One of the members of this group started a Tumblr blog called “Predditors” to seek out and expose r/creepshots users “she considers sexual predators,” Baker added.

r/creepshots went private Wednesday after an anonymous redditor threatened to expose moderator CreeperComforts real identity unless he closed the subreddit down.

Predditors is currently password protected. Over the last 48 hours, the Tumblr blog has been taken down at least two times and scrubbed of its content. For the few hours that it was back online Thursday afternoon, the site was no longer branded as a place to find information on “Sexual Predators that use Reddit.com.”

Another moderator of r/creepshots was violentacrez, a controversial and popular user who controlled about 400 subreddits at his height. These groups included shock forums like r/picsofdeadkids, r/nazi, and at one time, r/jailbait, which garnered national attention a year ago when CNN’s Anderson Cooper criticized Reddit for not banning the subreddit.

Violentacrez recently deleted his Reddit account, personal blog, and Twitter profile after news leaked that he was going to be the subject of an in-depth profile by Gawker writer Adrian Chen. Many rumors have circulated around violentacrez’s disappearance, with the most prominent being that Chen is allegedly planning on revealing the moderator’s true identity.

Both Chen and Predditors have targeted redditors specifically involved in either posting to or moderating r/creepshots. But the ongoing controversy surrounding these two moderators and the many NSFW (not safe for work) subreddits they once controlled has left other users scared of having their identities revealed. One redditor, scopolamina, who moderates more than 100 different forums, including r/bondage, r/buttplug, and r/upskirts, expressed these worries in an email to the Daily Dot earlier today.

“I have always taken great care to not share any personal information on Reddit because I’ve heard too many horror stories even before this fiasco but right now I have a heightened sense of apprehension that the people responsible for this will feel like they have license to go and ‘clean up Reddit’ however they see fit,” scopolamina wrote.