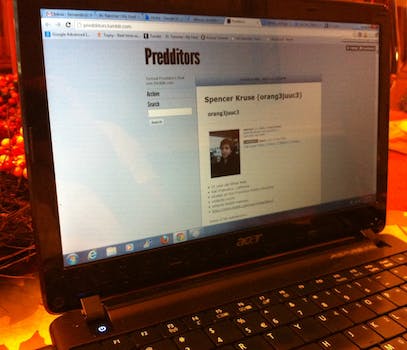 Tumblr said "Predditors" doesn't violate its terms of service because the blog only reveals publicly-available information about its targets.

The Tumblr blog responsible for exposing the identities of the Reddit users behind r/creepshots, a controversial forum where users shared photos they’d secretly taken of women in public, is back online after being mistakenly shut down by Tumblr.

Predditors disappeared around 2pm ET Wednesday, after Jezebel published an interview with the 25-year-old female redditor behind it. The anonymous woman uses the Tumblr blog to share screenshots and photos of r/creepshots users from Facebook, LinkedIn, and Steam profiles, which she finds by searching their Reddit usernames.

So far, the anonymous author has outed 36 men she believes are “sexual predators,” according to the blog’s brief description.

Although Predditors only publishes public information about r/creepshots users, Tumblr took action believing that some of the information on the site was private. Tumblr acknowledged the mistake and restored the blog Thursday, around 1:30pm ET.

The blog was shut down again around 3:30pm ET, and briefly came back up with all of its previous posts erased. As of 3:55pm, the blog appears to be reposting the deleted entries one by one, but it no longer has the tagline “Sexual Predators that use Reddit.com.”

It is unclear why Predditors was scrubbed of almost all its content, but if the author hopes to avoid legal issues by erasing posts, she may be out of luck, according to Roy Gutterman, a professor of communications law at the Tully Center for Free Speech at the S.I. Newhouse School for Public Communications.

Although the information Predditors posts is already public, claiming that the r/creepshots users are “sexual predators” could be the basis for a defamation suit.  “It’s just a matter of whether any of these guys think their reputation has been harmed by false information and it bears going to court,” Gutterman told the Daily Dot.

“If she’s trying to avoid liability, it’s too late. It’s already been published. The fact that she took it down, it might mitigate damages if there’s a lawsuit or judgement against her. …  It’s probably a moot point.”

At least one r/creepshots member has already faced consequences.  A substitute teacher in Georgia was fired for posting at least one photo of an underage student to the site. Police were tipped off to the teacher’s activities by the woman behind Predditors, Jezebel reported.

r/creepshots went private Wednesday and was ultimately banned after a group of anonymous users threatened to reveal a moderator’s personal information. Since then, new subreddits dedicated to the same type of photos have sprung up in its place.