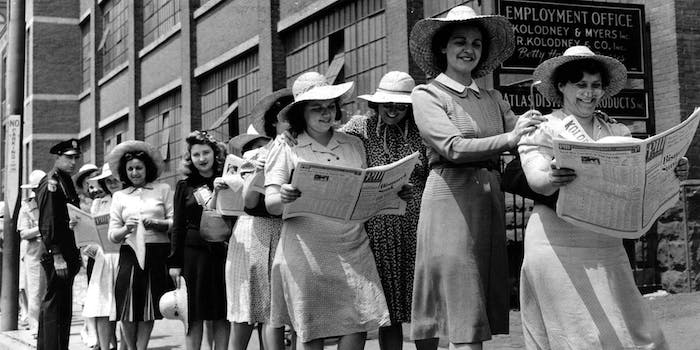 The Internet gender gap is wider than you think

A new United Nations study has uncovered a massive, global gender gap in Internet access. Worldwide, 200 million fewer women are online than men. Without intervention, the researchers believe that number could jump to 350 million.

“More than twenty years after the birth of the Internet, two-thirds of the planet’s population still do not have regular access to the Internet,” the report states, “and a greater proportion of these unconnected global citizens are women.”

The reasons for this disparity are multifaceted and culturally defined, but the impact is universally negative. At a time when more and more commerce is migrating online, those left disconnected are at a serious economic disadvantage.

According to a World Bank estimate quoted in the U.N. study, every 10 percent increase in broadband access results in 1.38 percent gross domestic product growth in developing countries. Thus, bringing 600 million additional women and girls online could boost global GDP by as much as $18 billion, according to the U.N.

Unfortunately, there are a number of barriers to gaining access online. In developing countries, the U.N., not surprisingly, found Internet access was low across the board due to systemic poverty and the high cost of obtaining online access. But among the lucky few in the nations that have access, there is a 16 percent gender gap, compared to 2 percent in developed nations.

In some regions extremely hostile gender politics are what keep women offline. In certain Arab countries, women are discouraged or outright banned from online activities, leading to the biggest gender imbalances in countries where Internet is relatively accessible. In Saudi Arabia for instance, nearly two-thirds of men with Internet access were engaging in ecommerce, compared to less than 50 percent of female Web users. Similarly, smartphone usage in that country has a 4:1 male to female ratio.

But even in the Western world there is a gender gap, albeit a smaller one. In this instance, the gap is blamed on more subtle hostility toward female Internet users.

It’s no secret that online communities can be hostile places for women. Wikipedia’s gender gap is notoriously large, so much so that there is now a concerted effort afoot among American colleges and universities to add more female-centered content to the online encyclopedia. Sexism is also notorious in the online gaming community. And the tech community is still considered by many to be a boys club, where bad behavior is common.

The U.N. report concludes with a call to action, outlining best practices for encouraging greater online access for and participation from women. This includes actions to make Internet access more affordable, educational initiatives, and the inclusion of more women in tech-related fields.

“As the Internet becomes more critical to modern life, there is a risk of leaving women further behind,” the report states, “and failing to effectively leverage female productivity.”