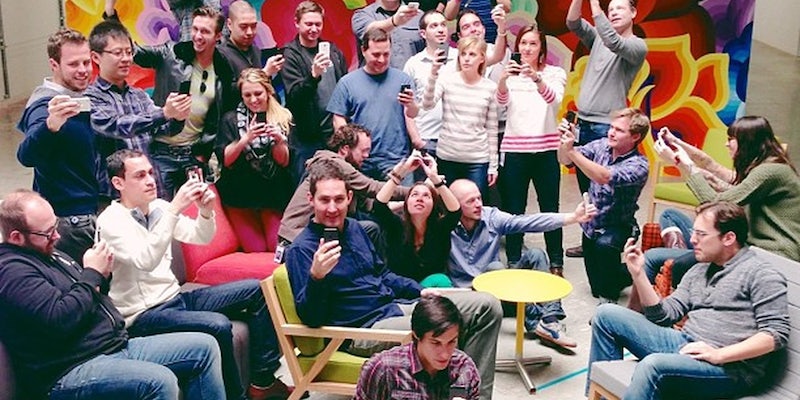 That’s quite a jump from last month, when the company revealed it then had 90 million people actively using the service on a monthly basis.

In a wistful blog post discussing Instagram’s early days, CEO Kevin Systrom claimed the latest figure is an “accomplishment for our community.” He also noted some of the more inspiring uses of Instagram, such as a couple meeting and falling in love through the community, and Kathryn Mahoney’s stunning documentation of life in a remote South Sudan refugee camp.

To mark the occasion, Instagram asked users to take photos of what Instagram means to them, using the tag #InstagramMeansToMe. It promised to share some of the best on its own account, which has more than 17.4 million followers.

Instagram’s a vibrant community that demands the constant attention of those who participate, with every photo potentially revealing something interesting about their friends, a snapshot of a stranger’s life, or a breaking news event.

It took Instagram more than two years to become a 100-million-strong community, sharing more than 40 million photos a day. Parent company Facebook has 10 times as many monthly users, while Twitter reached 200 million towards the end of last year.

In December, Instagram came under fire over a proposed terms of service (ToS) change. Many users threatened to quit over the belief that Instagram would have the right to sell their photos. Some, including Pink and National Geographic, decided to leave before Instagram recanted and instead made a few minor changes to the original ToS, including the sharing of data with Facebook.

Earlier this month, it filed to dismiss a lawsuit over the changes.

Instagram has had more than 100 million user accounts since September, but it is in the number of active monthly users we see the true breadth of the community and how often its members are participating.