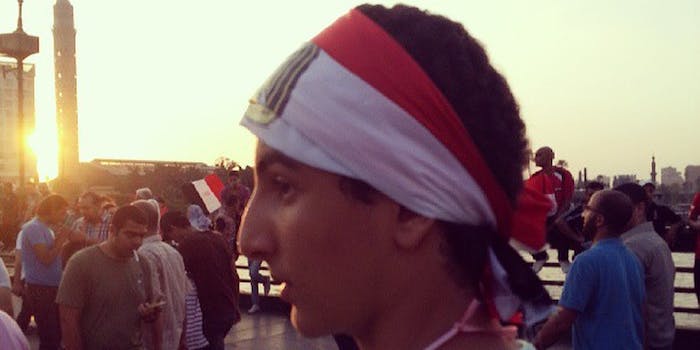 This weekend's protests against Egypt's president surpassed even the 2011 Arab Spring.

One year after Mohamed Morsi took office, millions of Egyptians protested against the president in the streets of Cairo, Port Said, Alexandria, and around the world. Protesters shared photos, videos, and eyewitness accounts online, using whatever tools they had at their disposal to make their voices heard.

Opponents of Morsi believe he and the Muslim Brotherhood (with which Morsi’s party, Freedom and Justice Party, has strong ties) have taken Egypt backwards socially and economically. The country’s new constitution is a bone of contention for many, while Morsi granted himself sweeping powers last November.

The weekend saw the biggest turnout for a protest yet in Egypt by many accounts, surpassing the number of people who flooded the streets in 2011’s Arab Spring to oust then-president Hosni Mubarak. At least 16 people died and hundreds were injured amid violence in the protests.

The army imposed a deadline of Wednesday for Morsi to resolve the crisis and heed “the will of the people,” or it will intervene. The army insisted it has no desire to rule, amid concerns the military will stage a coup. The army’s plan would reportedly scrap the controversial constitution and dissolve parliament.

However, Morsi rejected the army’s demand, pledging that he will push forward with his own plans to unite the country. Soon after the army’s demand, Morsi’s official Facebook page posted an undated photo of himself with Prime Minister Hisham Qandil and the head of the armed forces, General Abdel Fattah al-Sisi.

Six of Morsi’s ministers have resigned over the events of the past few days, while the spokesmen for the president and cabinet are also reported to have quit.

Protests continued Tuesday as members of the Tamarod rebel group gathered at Tahrir Square in Cairo, the focal point for demonstrations over the last two years. The group had set its own deadline of Tuesday afternoon for Morsi’s resignation and for him to call fresh presidential elections. Tamarod threatened civil disobedience should its demands not be met. After the deadline passed, hundreds of thousands of people assembled in the streets. The Muslim Brotherhood is also holding rallies in support of Morsi.

Tamarod claims to have gathered more than 22 million signatures (millions more than the number of votes Morsi received in the election) on a petition that criticizes the lack of security since Mubarak was ousted, the lack of a place in society for the poor, and the reliance on external loans to bolster the economy, which has “collapsed.” The petition also argues Egyptians have been stripped of their dignity, there is a lack of justice for those killed by security forces during the revolution and later protests, and Egypt is “still following the footsteps of the USA.”

Above all, the petition states little has been achieved towards the “revolution goals which were life in dignity, freedom, social justice, and national independence.” It insists Morsi failed to deliver on all fronts and as such is not fit to run the country.

Should Morsi, who in the past has blocked critics on Twitter, step down, Qandil will take over the role under the constitution until a new president is elected.

As the grassroots movement played out on the streets, participants and onlookers shared their experiences and perspective online, using YouTube, Instagram, and Vine (among others) to share what they saw. 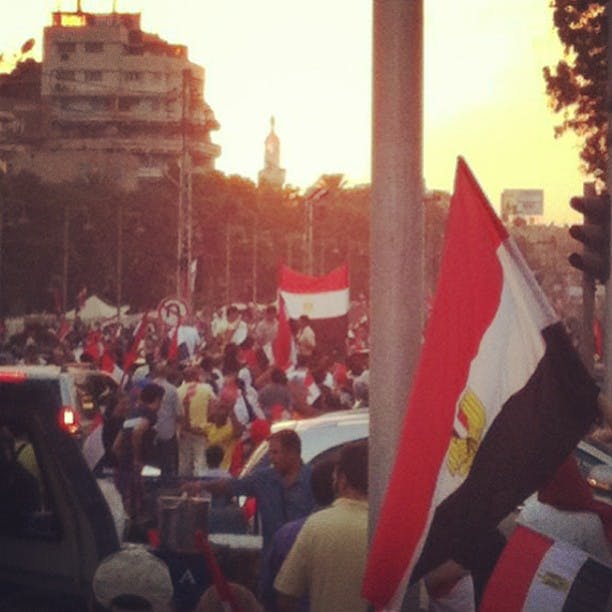 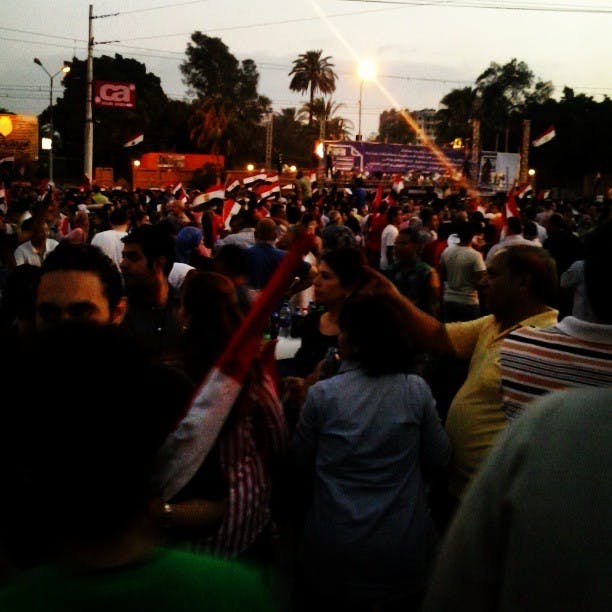