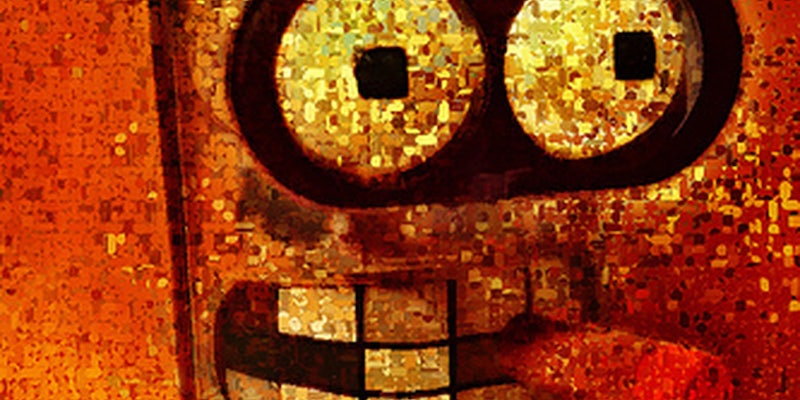 Here's how botting works—and here's how to tell if a video has been botted.

Money can buy you many things. On YouTube it can even buy you views, which translate to fame and even fortune.

YouTubers, who don’t have winning personalities or a viral formula but desperately want to get on the front page of the Google-owned site, have been known to pay companies hundreds for automated views. This practice is known as botting, and it’s been a problem for YouTube since at least 2009.

YouTube as a company takes botting very seriously and has even banned users caught doing so. But that hasn’t stopped an underground botting industry from developing.

Botters, preying on YouTubers insecurities, are charging big bucks to artificially inflate views. Being on the front page of YouTube is a huge deal and leads to more popularity, sometimes mainstream press, and a bigger paycheck from the Google-owned site.

Spotting botted videos is actually quite easy. All one has to do is open the video’s statistics, which can be done by clicking the graph button on the left side of the video’s view counter.

Once the video statistics are open, scroll down to view the traffic sources. If millions of views are coming from smartphones, that video is being botted. (Botting exploits YouTube’s API for smartphones.) 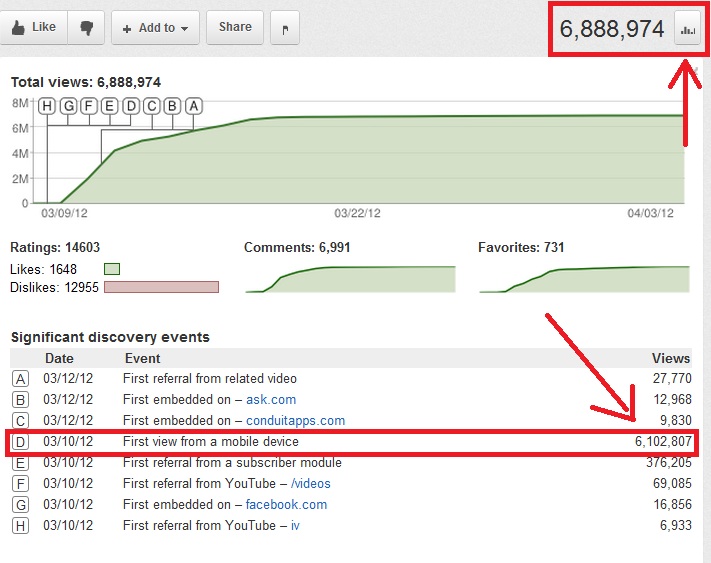 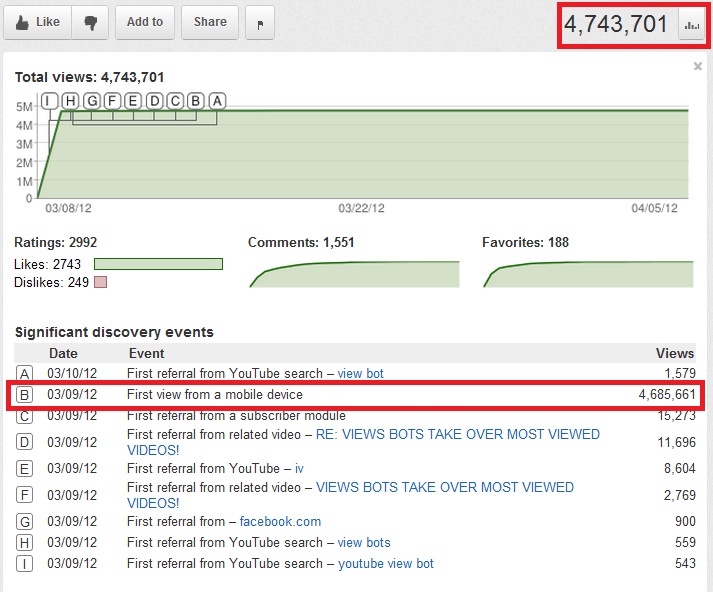 A botted videos like/dislike counter will look like this: 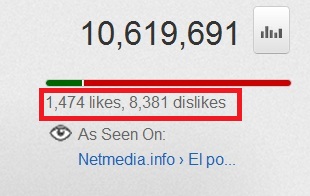 If 10 million people had actually viewed that video, more than 10 thousand people would have hit the “like” or “dislike” button.

A video that has a healthy likes/dislikes ratio to view count looks like the following: 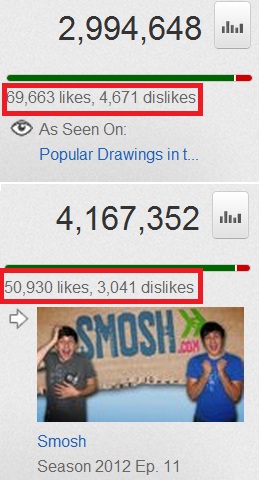 The Daily Dot has been covering the community’s and the company’s fight against bots since the summer of 2011.

In the fall of 2011, video gamer and commentator Whiteboy7thst accused YouTubers of using bots (like, favorite, and view bots) to get on the front page.

Months later, and after repeated inquiries by the Daily Dot, YouTube officially addressed the botting problem, for the first time since it became a problem years ago, in a blog post.

YouTubers weren’t convinced or satisfied with the Google-owned company’s efforts, and they sounded off to the Daily Dot shortly after.

In February, what appears to be a plot to frame a YouTuber with the use of bots emerged.

In March, pranksters posted the program that exploits the YouTube’s mobile algorithm (what people paid botting companies for) for free on forums. This led to many people using bots on YouTube, and the sight was overrun.

After much panicking from the community, YouTube stepped in and finally fixed the mobile algorithm that was being used by botters.

The Daily Dot’s sources (including botting company employees) have told the Daily Dot that there are still other exploits in the mobile API, as well as others in YouTube’s code, so the YouTube botting industry is still functioning, and lucrative, for now.