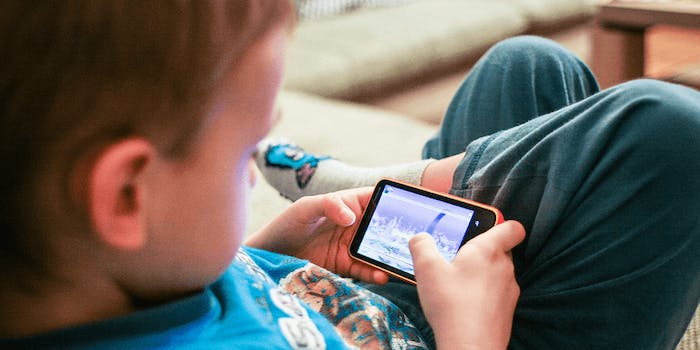 Is Vermont going to ban teens from having cellphones?

A lawmaker recently introduced legislation that would ban cellphone possession by anyone under 21 if passed.

A Vermont lawmaker recently introduced legislation that would ban cellphone possession by anyone under 21 years of age if passed. But the bill is little more than a publicity stunt and has virtually no chance of passing.

The proposed law, introduced by state Sen. John Rodgers (D) earlier this week, calls for a $1,000 fine, up to one year in prison, or both for those caught with a cellphone.

News of the bill stirred outrage on social media, with individuals from across the political spectrum pointing fingers at who they felt should take the blame.

But Rodgers, a vocal Second Amendment advocate, says the bill was only intended to make a point. Virginia law currently bars anyone under the age of 21 from purchasing a firearm, and Rodgers argues that since “cellphones are just as dangerous as guns,” those under 21 should be restricted from using mobile devices as well.

The lawmaker has cited the dangers of texting and driving, cyberbullying that leads to suicide, and the ability to become politically radicalized online as reasons for the proposed ban.

But Rodgers knows the bill won’t pass and admits he wouldn’t even vote in favor of such legislation himself if given the opportunity.

“I’m not going to push for the bill to pass,” Rodgers told CNN. “I wouldn’t vote for the thing. This is just to make a point.”

The lawmaker is opposed to the state’s restrictions on guns because he claims his constituents, who make up the rural Essex-Orleans district, rely on firearms to stay safe.

“People in rural areas are largely independent, and we take it upon ourselves to stay safe,” Rodgers said. “Without the Second Amendment, we couldn’t do that.”

But Rodgers is being criticized by his fellow Vermont citizens. Michelle Fay, executive director of the children’s advocacy group Voices for Vermont’s Children, told the Times Argus that the lawmaker’s bill is nothing more than a waste of time.

“There are so many critical issues impacting the lives of working families in Vermont today, from increasing minimum wage to implementing equitable family and medical leave insurance programs to establishing an office of child advocate,” Fay said. “We urge the Legislature to focus on the important work at hand instead of getting tied up in hollow diversions.”

So rest assured, your cellphone is in no danger of becoming outlawed in Vermont.