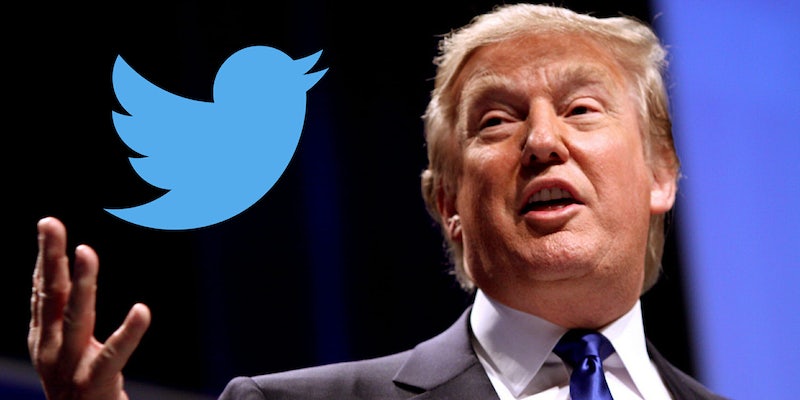 Knight First Amendment Institute at Columbia University and a group of Twitter users blocked by President Donald Trump on the social media platform have sued the president, arguing that his Twitter account is a public forum to which the Constitution guarantees them access.

The suit, filed in the Southern District of New York, calls Trump’s decision to block people on Twitter “unconstitutional” as his Twitter feed has become an “important public forum for speech by, to, and about the President.”

“Defendants’ actions violate the First Amendment rights of these individual Plaintiffs as well as those of other Twitter users, like Plaintiff Knight First Amendment Institute, that follow the @realDonaldTrump account and are now deprived of their right to read the speech of the dissenters who have been blocked,” the suit reads.

“President Trump’s Twitter account has become an important source of news and information about the government, and an important forum for speech by, to, or about the president,” Jameel Jaffer, the Knight Institute’s executive director, said in a statement. “The First Amendment applies to this digital forum in the same way it applies to town halls and open school board meetings. The White House acts unlawfully when it excludes people from this forum simply because they’ve disagreed with the president.”

The suit alleges that because Trump and his aides have said that tweets from the @realDonaldTrump account are “official statements by the President of the United States,” it violates the First Amendment rights of those he’s blocked on the platform.

“Because of the way in which President Trump uses @realDonaldTrump, the account has become an important channel for news about the presidency and the U.S. government,” the suit alleges. “Those who are blocked from the account are impeded in their ability to learn information that is shared only through that account.”

Trump has used his personal Twitter account to announce several major updates on his policy and personnel appointments since his inauguration. Trump announced that Christopher A. Wray was his choice to lead the FBI after his surprise firing of former FBI Director James Comey and even walked back his claims of having recordings of his conversations with Comey by announcing that there were no tapes.

The lawsuit comes on the heels of the Supreme Court ruling that social media had become “the modern public square.”

Read the full text of the lawsuit here.