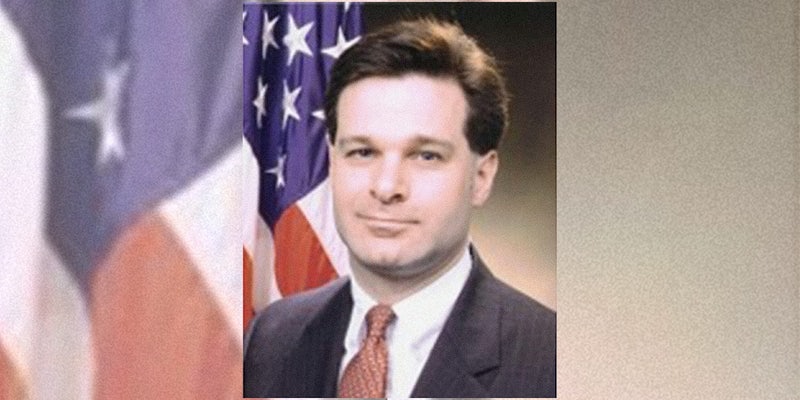 'I will never allow the FBI’s work to be driven by anything other than the facts.'

“I will never allow the FBI’s work to be driven by anything other than the facts, the law, and the impartial pursuit of justice,” Wray said during his hearings, per ABC News.

Read our original report below, which provides context into Wray’s political background.

President Donald Trump will nominate Christopher Wray to serve as the new director of the Federal Bureau of Investigation, replacing James Comey.

I will be nominating Christopher A. Wray, a man of impeccable credentials, to be the new Director of the FBI. Details to follow.

Last month, Trump abruptly fired Comey, sparking outrage as his ouster came amid the FBI’s growing probe into Russian interference in the election and the country’s possible ties to Trump’s presidential campaign.

Trump’s announcement of a new FBI director comes just one day before Comey is scheduled to testify before the Senate Intelligence Committee regarding his interactions with the president and the ongoing federal investigation into Trump advisers’ ties to Russia and potential efforts by the president to impede the FBI’s investigation. The testimony will be Comey’s first public comments since he was fired.

Wray served as assistant attorney general in former President George W. Bush’s administration from 2003 to 2005. A Yale Law School graduate, Wray led the Justice Department’s criminal division, during which time he oversaw the Enron case and the DOJ’s handling of terrorism matters in the aftermath of the Sept. 11, 2001, attacks on the World Trade Center and the Pentagon.

More recently, Wray worked as New Jersey Gov. Chris Christie’s personal attorney during the so-called Bridgegate scandal, where federal prosecutors accused several of his employees of orchestrating a revenge plot against a city mayor by closing down lanes heading onto the George Washington Bridge.

Trump is known to have a close relationship with Christie. In his tweet, Trump said Wray was a “man of impeccable credentials.”

After leaving the Bush administration, Wray worked as a partner at King & Spalding, a law practice based in Atlanta. Wray specialized in white-collar criminal and regulatory enforcement matters, according to the firm’s website.

At one point, Trump was reportedly seriously considering appointing former Connecticut Sen. Joseph Lieberman as the new head of the FBI. Some questioned the choice, as Lieberman works for Kasowitz, Benson, Torres, a law firm that has worked closely with Trump on numerous occasions.