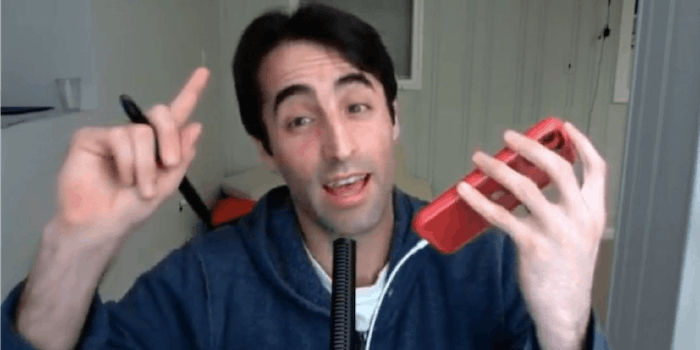 Biden does not have dementia.

The digital director of Joe Biden’s campaign is claiming on Twitter that a Sen. Bernie Sanders (I-Vt.) supporter posed as a Biden volunteer and told people that Biden has “dementia.”

The digital director Rob Flaherty said Matt Orfalea was live-streaming himself as he used Biden’s phonebank tool to call supporters and tell them negative things about the candidate.

“I like when he says: ‘Someone on the Biden campaign is making me out to be a terrible person.’ My guy, you are doing that just fine on your own,” Flaherty tweeted.

In response to the incident going viral on Twitter, Orfalea tweeted that the Biden campaign incorrectly characterized him as a “former Bernie employee.”

“I respect Bernie Sanders’ life work a great deal. But I have absolutely no affiliation with his campaign,” Orfalea tweeted about Flaherty’s accusations.

It’s unclear what exactly Orfalea said in the live stream because the video is no longer available to the public, but one Twitter user recorded part of the live stream and shared it.

In the two-minute snippet, Orfalea said he started the phone calls by posing as a Biden volunteer and saying they should vote for the candidate. But he goes on to tell the callers that Biden has supported the Iraq war, has been “totally cool” with cutting Social Security, and that the candidate doesn’t actually have severe problems with forgetfulness. (Biden does not have dementia.)

“I did bring up that some people might try to smear Joe as having dementia, but the facts are that he only forgot that he was running for president–briefly,” Orfalea said in the recording.

Orfalea is referencing the numerous times that Biden accidentally says something incorrect—like that he’s running for U.S. Senate or calling his wife his sister.

After tweets surfaced about the live stream video, Orfalea tweeted in his own defense.

“I didn’t plan to publish the full vid but feel compelled to now so you can see I simply called people interested in learning about Joe Biden to inform them about Joe Biden,” he tweeted. “Mainly focused on Iraq War & his willingness to cut social Social Security. That’s it!”

However, the video has been set to private.

Biden and Sanders are battling it out for who will be the Democratic nominee for president.