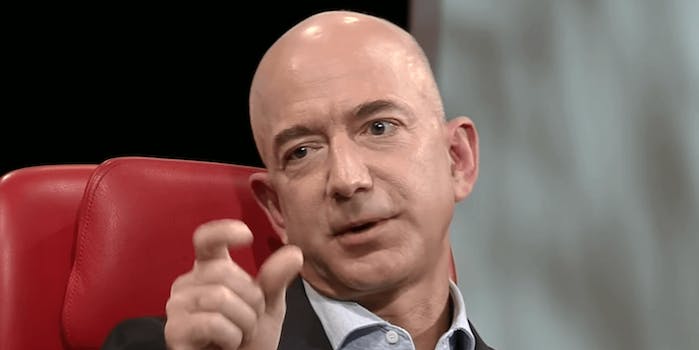 Some are calling it pocket change.

Amazon CEO Jeff Bezos made about $215 million a day in 2018 according to Business Insider. And this weekend, he pledged less than half of a percent of that to help the relief efforts in Australia.

Which is why Twitter users are scoffing at his donation, which totals $690,000.

The Australian bushfires spread across the continent, beginning in September 2019 and have continued into 2020. The blazes have been so destructive they’ve become international news for weeks.

Recently, philanthropists have begun pitching in.

Bezos supported the relief with an announcement of $1 million Australian dollars (or $690,000 USD) in an Instagram post on Sunday.

But people are not impressed with the amount that falls well short of other donors, ones who do not top Forbes’ wealthiest people list.

“Our hearts go out to all Australians as they cope with these devastating bushfires,” Bezos published om Instagram. “Amazon is donating 1 million AU dollars in needed provisions and services.”

And while every dollar helps, people are annoyed how comparatively little Amazon and Bezos are giving.

Metallica is on the list who have pledged a higher dollar amount than Amazon. Facebook intends on donating $1.25 million Australian, according to Business Insider. Even a woman on Instagram who exchanged nude photos for donations raised more money than Bezos.

“A sex worker raised a clean million dollars and somehow Jeff Bezos is the one over here try to 69 Australia,” James Burne-Bright tweeted.

A sex worker raised a clean million dollars and somehow Jeff Bezos is the one over here trying to 69 Australia. https://t.co/T39mzDtpjq

a bunch of gamers just got more than eight times this by running through mario really fast https://t.co/YkZMumAEg3

Jeff Bezos makes $149,340 a minute. So he is effectively donating 4.6 minutes of money. If he donated what he makes in a day, that would be $215 million, which would still not be enough. https://t.co/dl4R5VjdKB

Bezos’ time at Amazon has made him the richest man in the world, with a net worth of $113 billion. As pointed out, given his worth, it is the equivalent of an average American donating 63 cents.

The bushfires have killed 28 people and half a billion animals, according to CNN.