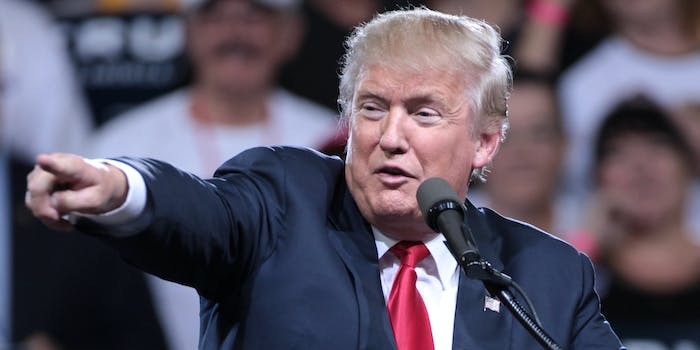 Trump has railed against social media companies for a while now.

Two of the largest social network platforms have not been invited to a social media summit hosted by President Donald Trump, according to a new report.

CNN, citing sources familiar with the matter, reports that the White House has not extended invitations to Facebook or Twitter to attend its social media summit later this week.

The meeting comes as Trump echoes a number of other conservatives who have criticized social media platforms for what they believe is a bias against them. The Washington Post reported last week that a number of prominent conservative voices online, including PragerU, are slated to attend the summit.

Last week, during an interview with Tucker Carlson, the president said it was “very hard” for people to follow him on Twitter. In April, Trump reportedly complained about his follower count during a meeting with Twitter CEO Jack Dorsey.

Last month, the president reiterated his claims during an interview with Fox Business.

In May, the White House also launched a portal for people to share instances of perceived bias on social media. Meanwhile, Rep. Devin Nunes (R-Calif.) filed a lawsuit against Twitter alleging that conservatives were being “shadow banned.”