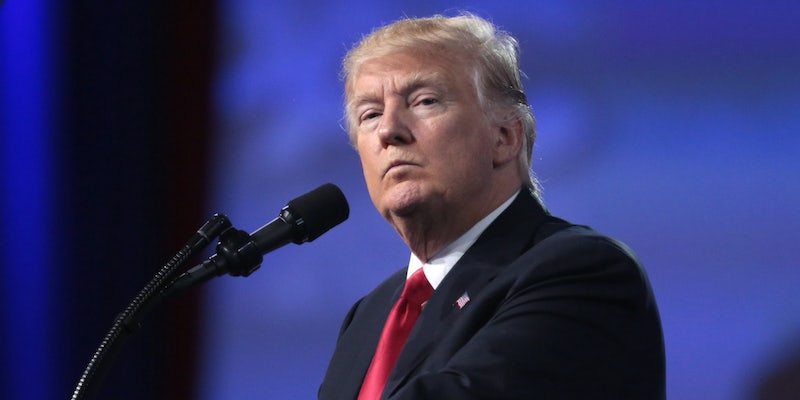 The president failed to provide evidence but said Twitter's actions may be illegal.

President Donald Trump accused Twitter on Monday of purposely making it difficult for people to follow him on the platform.

During an interview with Fox News’ Tucker Carlson in Japan, Trump argued that despite Twitter being a powerful tool for his presidency, the social media company has failed to treat him properly.

“I know for a fact that a lot of people try to follow me and it’s very hard,” Trump said. “I have so many people coming up and they say ‘Sir, it’s so hard. They make it hard to follow.'”

The president further claimed that Twitter’s alleged activity against his account was also potentially in violation of U.S. law, although Trump did not cite any laws specifically.

“What they’re doing is wrong and possibly illegal and a lot of things are being looked at right now,” Trump added.

Trump’s accusations come just days after Twitter announced a new policy that would place warning labels on tweets from world leaders that violate the company’s policies. While many have speculated that the change was made in response to Trump’s Twitter activity, the social media company has denied such reports.

The president also reportedly complained about his follower count during a White House meeting in April with Twitter CEO Jack Dorsey.