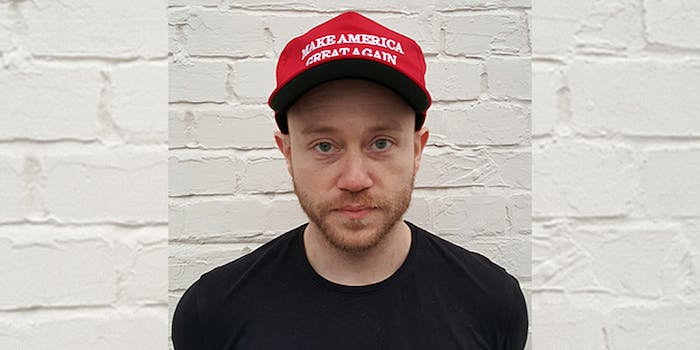 Andrew Anglin will have to turn over phone numbers and social media accounts, among other things.

In another legal blow, Daily Stormer founder Andrew Anglin is being compelled to turn over personal and financial information as part of an ongoing lawsuit.

Per the Associated Press, U.S. Magistrate Judge Jeremiah Lynch ordered Anglin to share information about his personal net worth, as well as information like social media accounts, email addresses, and phone numbers that he may have used to encourage his followers to harass Tanya Gersh, a Montana real estate agent.

Gersh, who is Jewish, is suing the Daily Stormer for emotional distress and invasion of privacy. She and her family were subject to anti-Semitic harassment at the hands of Anglin’s followers in 2016 and 2017.

Gersh was working in Whitefish, Montana, where noted white nationalist Richard Spencer’s mother lives. Spencer’s mother Sherry accused Gersh of trying to extort her and threatening her when Gersh encouraged her to sell a commercial building she owned, the suit alleges. Gersh denied these claims.

Anglin later told his followers to unleash “an old fashioned troll storm” against Gersh and her family.

Anglin has denied responsibility for the way his followers targeted Gersh and later tried to get her suit dismissed, claiming his speech is protected by the First Amendment.

Mark Randazza, Anglin’s attorney, expressed concern that Anglin’s information would be in the hands of the Southern Poverty Law Center, which is representing Gersh. However, he said Friday that he and his client “intend to comply with the court’s orders.”

Lynch did narrow Gersh’s request to include only social media and contact information from November 2016 to March 2017, the period during which the harassment occurred. Gersh also requested Anglin’s bank and cryptocurrency account information; Lynch narrowed that request to encompass only a current financial statement from Anglin.

The social media accounts, personal information, and information about Daily Stormer contributors could help the court determine how involved Anglin actually was in the harassment campaign against Gersh.