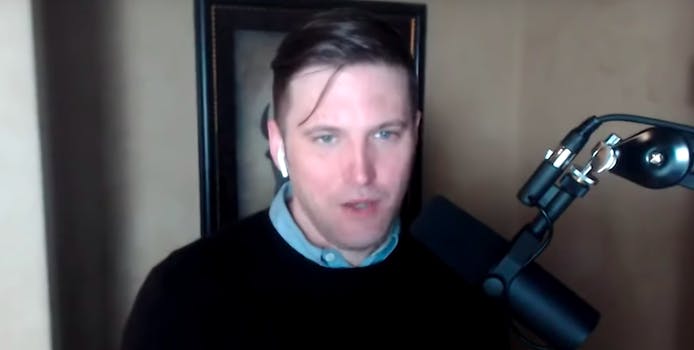 Kouprianova detailed her experience for the first time.

Spencer has been accused of abusing Kouprianova in their divorce proceedings, which BuzzFeed first reported on in October 2018.

In one instance, right before their church wedding ceremony (they were already civilly married), Kouprianova remembers being dragged down the stairs by her legs and hair to watch a movie with Spencer, despite her protests that she was sick with a stomach illness.

In another, Kouprianova recalls being pushed against a stove while she was pregnant, being woken up in the middle of the night to face a barrage of verbal abuse and being told to commit suicide. Text messages show Spencer calling her a “worthless cunt.” Audio recordings capture Spencer telling Kouprianova he would break her nose and telling her to jump off a bridge, in front of their young children.

The piece also explains how professionally intertwined Kouprianova and Spencer were; she wrote alongside her husband and even responded to email questions as Spencer. Kouprianova told HuffPost she has denounced Spencer’s ideology.

The HuffPost piece examines the difficulty of leaving an abusive relationship and the power of psychological manipulation, while contradicting Spencer’s claim of a peaceful, “respectable” white supremacist ideology. As the piece points out, the violence of white supremacy killed Heather Heyer in Charlottesville, Virginia.

An Anti-Defamation League study from 2018 cites examples of the crossover between misogyny and white supremacy; it points to Daily Stormer’s Andrew Anglin, as well as Matthew Heimbach, a white supremacist arrested on domestic violence charges in March. Spencer himself has said that he doesn’t believe women should have the right to vote.