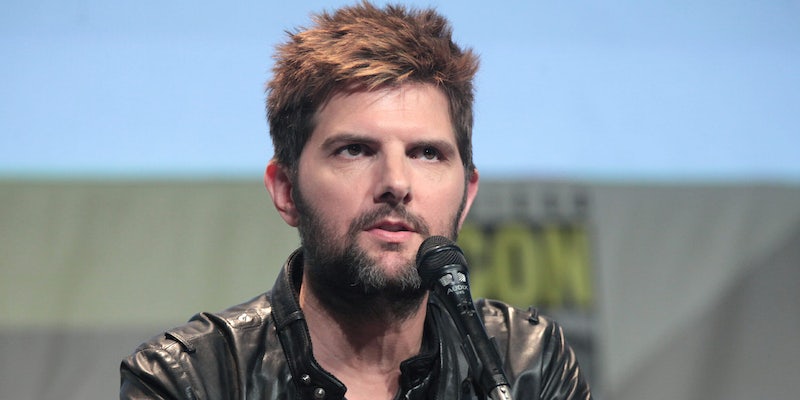 This latest internet feud may be one of the strangest in recent memory.

Adam Scott from Parks and Recreation and Big Little Lies got into a Twitter beef with Senate Majority Leader Mitch McConnell (R-Ky.), and things have gotten downright personal.

This week a correspondent for the Hill reported that President Donald Trump would fill the Supreme Court vacancy in 2020. In response to the tweet, McConnell and his social media team used a GIF of Scott’s character from Parks and Rec to show his approval of Trump filing the vacancy.

Two days later, Scott responded to McConnell, telling him and his staff to “refrain from using my image in support of anything but your own stunning & humiliating defeat.”

Dear Mitch McConnell & all those representing him,

Please refrain from using my image in support of anything but your own stunning & humiliating defeat.
Thanks!
Adam

In response, McConnell’s team responded with another image of Scott from Parks and Rec. It was a clipping of the actor from a fictional newspaper in the show, with the headline stating “Ice Town Costs Ice Clown His Town Crown.”

Scott responded to that with a picture of McConnell standing in front of the Confederate flag.

McConnell and his team went quiet after that.