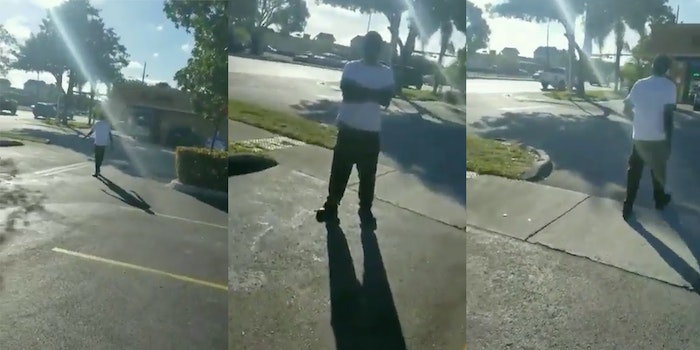 Paul Miller, a known racist, shared the video of himself.

In a new video posted on the messaging platform Telegram, Proud Boy Paul Miller threatens a Black man while yelling racial slurs from across a parking lot in Florida. Miller, an openly racist and anti-Semitic activist and streamer, posted the video to Telegram before it spread to Twitter on Thursday night.