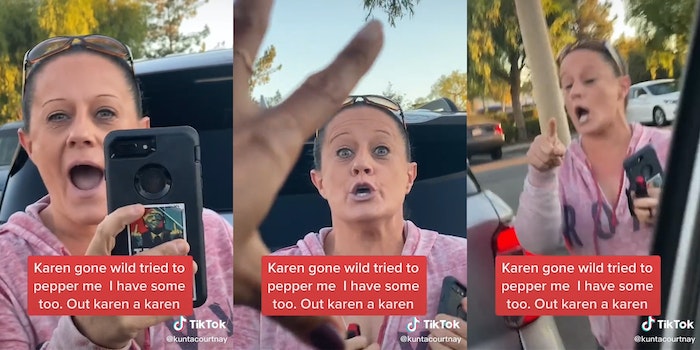 '2 chihuahuas yipping at each other.'

What happens when two “Karens” collide? Do they tear a hole in the fabric of the universe? Do they lay waste to an entire Kohl’s parking lot? One TikToker attempted to find out, documenting her encounter with a fellow Karen in a viral video.