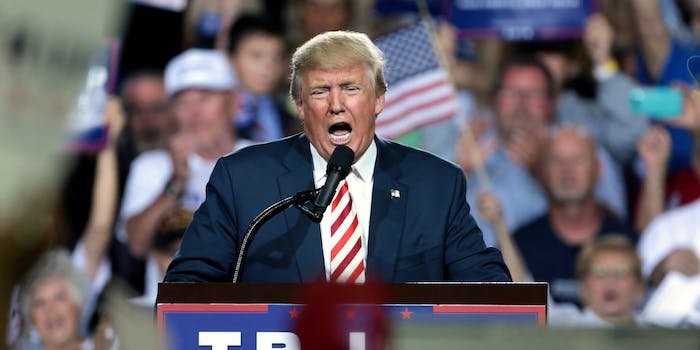 The president will allegedly send guidance to the Pentagon in 'coming days.'

President Donald Trump’s controversial ban on transgender service members is leaving Twitter and headed to the Pentagon. A report from the Wall Street Journal reveals the White House will send Defense Secretary Jim Mattis guidance on a trans military ban “in coming days.”

The memo, cited by unnamed U.S. officials, requests the military stop accepting trans troops and end payments for trans soldiers’ trans-related medical care. This essentially means that trans troops will no longer have their gender confirmation surgery covered by the government.

The memo also will give Mattis the power to look at individual service members’ deployability before making a final decision as to retain or discharge individual transgender soldiers. Mattis is currently looking into the specifics behind trans troops’ service capabilities, calling on President Trump’s “guidance” for moving forward.

“The policy is going to address whether or not transgenders can serve under what conditions, what medical support they require, how much time would they be perhaps non-deployable, leaving others to pick up their share of everything,” Secretary Mattis said, according to CNN. “There’s a host of issues and I’m learning more about this than I ever thought I would, and it’s obviously very complex to include the privacy issues, which we respect.”

It remains unclear if these stipulations will be sent in the final memo to the Pentagon. But under the current draft, the Defense Department will have six months to officially implement the trans military ban, essentially phasing out trans recruits and medical care by early 2018.

The National Center for Transgender Equality has called the president’s actions hypocritical, pointing out that Trump said there was “no place for bigotry” in the military during his recent speech in Reno, Nevada.

“Less than 24 hours after boasting that there was ‘no room for prejudice, no place for bigotry’ in the armed forces, President Trump is doubling down on discrimination by pressing forward with his ban on transgender service members,” the center’s policy director Harper Jean Tobin said in an official statement. “This is an insult to, and an attack on, thousands of trained, capable service members and veterans; and it is blatantly unconstitutional.”

Trump previously announced a ban on transgender troops via Twitter in late July, leading to protests across the United States in support of trans rights. Since then, major companies from Facebook to Apple have condemned the White House for its policy change, but none of this seems to have had an effect on Trump’s plans to move forward.