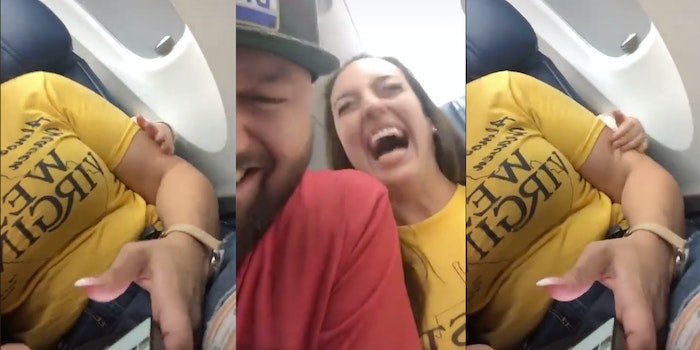 TikToker’s reaction to toddler ‘hitting’ her on airplane divides viewers

Some people applauded the woman for laughing it off. Others wanted her to scold the toddler.

A viral TikTok of a toddler innocently “hitting” a woman on an airplane is splitting opinions online.