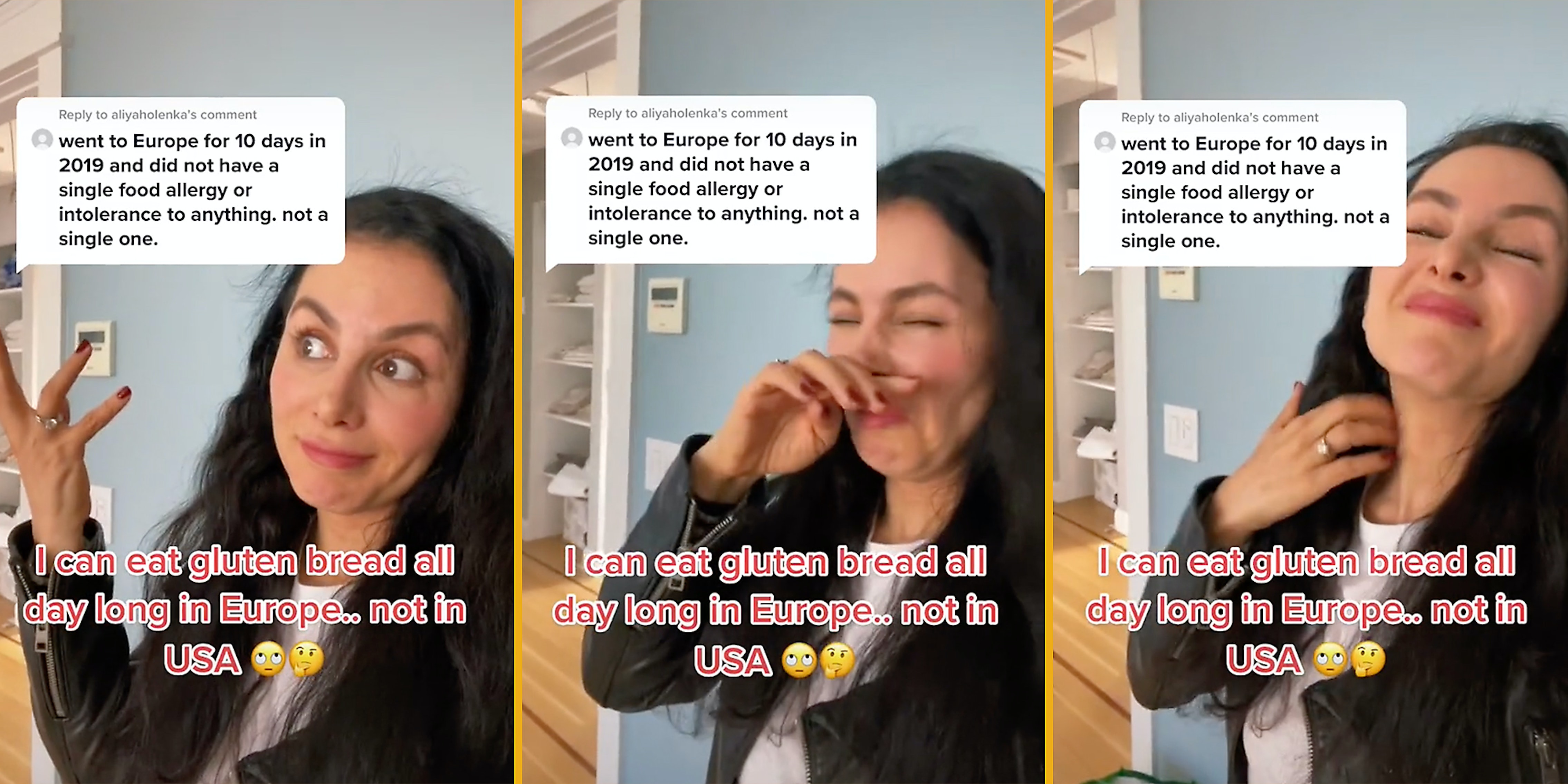 ‘Food here is poison’: TikToker claims she can eat anything in Europe but not the U.S.

In a viral video, a gut health and spirituality influencer responds to a TikToker’s claim that on a trip to Europe, they didn’t experience any food allergies or intolerances. Juan Abi claimed the “chemicals” that are in U.S. food make people living in the U.S. allergic or intolerant to certain ingredients.

Abi claims that she can eat “gluten bread all day in Europe” but not in the U.S. “Funny how abroad I can tolerate foods like gluten with east .. in USA not [so] much .. chemicals,” Abi says in the TikTok.

According to the Daily Meal, some additives and ingredients that are used in food production in the U.S.—like growth hormones, brominated vegetable oil, and genetically modified produce—are banned in other countries. Verywell Health confirms that some people have allergic reactions or are intolerant to food additives and have “skin, digestion, and breathing” issues.

Abi also responded to other claims that people have lost weight on trips to Europe or have developed food intolerances and gut issues only after they moved to the U.S. She said she has had similar experiences when traveling.

“I ate like a pig yet lost weight,” Abi says in one video.

Trends including “increasing obesity,” are “occurring in both the United States and the EU,” according to a report from the U.S. Department of Agriculture.

“Indeed, the United States is more similar to a wealthy EU country in some respects than the poorer and wealthier EU countries are to each other,” the report continues.

The Daily Dot has reached out to Abi.