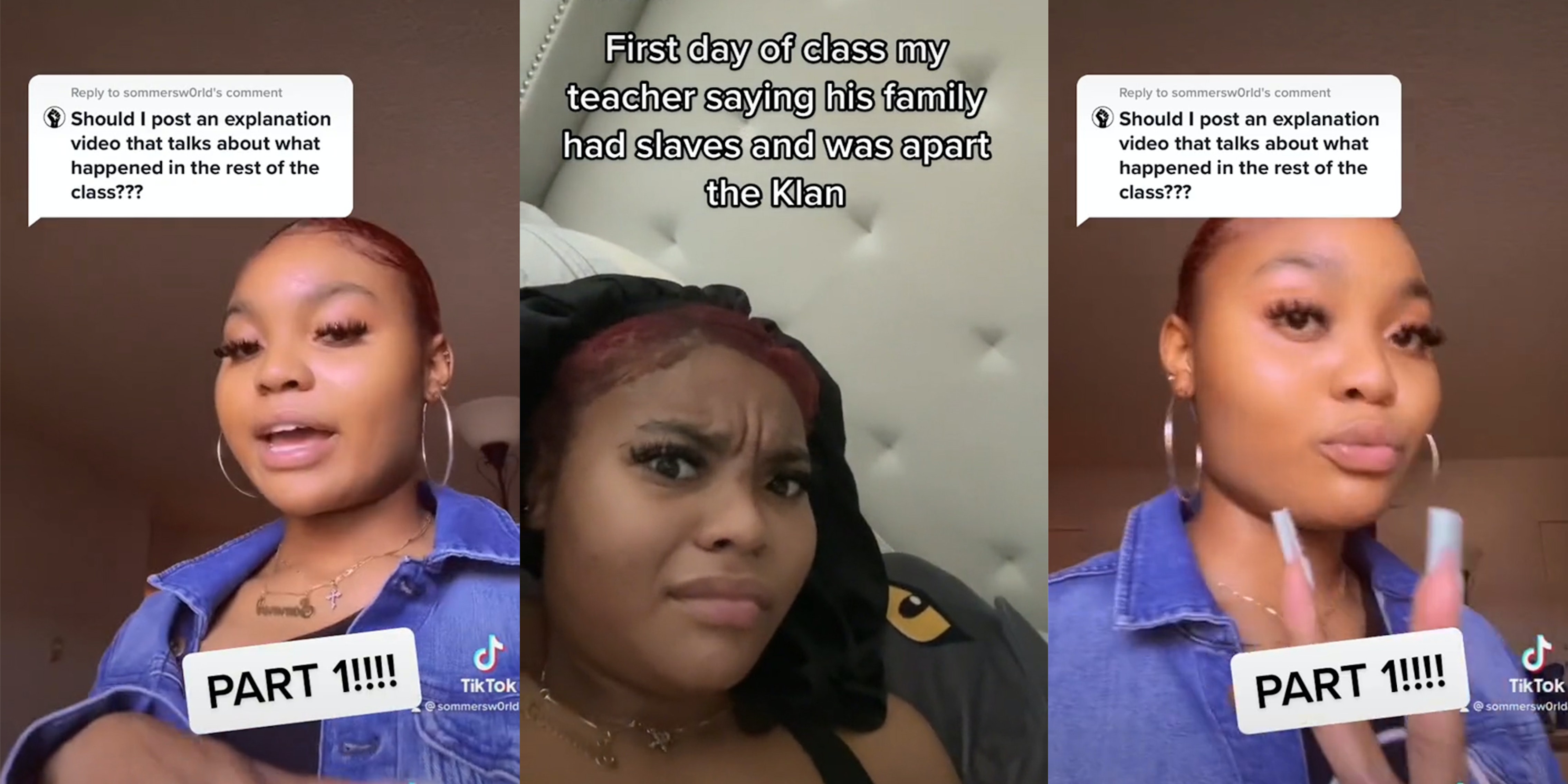 ‘Some of the students were visibly uncomfortable’: TikToker records teacher saying his family participated in the Tulsa Race Massacre

'First day of class my teacher saying his family had slaves and was part of the clan.'

TikToker @sommersw0rld posted a video recording on Monday of her teacher during a Zoom class stating his grandfather shot Black people in Tulsa and that he still owned a whip from his family’s slave-owning days.

“My grandfather, my paternal grandfather, probably was in Tulsa shooting the Black people,” the 15-second clip shows. The teacher was referring to the Tulsa Race Massacre of 1921, when mobs of white residents attacked Black residents of the prosperous Greenwood District in Tulsa and burned their homes. The video is captioned: “First day of class my teacher saying his family had slaves and was part of the clan.”

@sommersw0rld went on to comment, “Should I post an explanation video that talks about what happened in the rest of the class?” She followed up with a second video posted on Tuesday explaining that “This is part 1 of a couple of other things he said in class.”

@sommersw0rld details in the 59-second followup video how the teacher allegedly talked about his family’s slave-owning background. “This is the first day of school. Eight in the morning,” she says. “After that, some of the students were visibly uncomfortable.” She says students immediately expressed their discomfort during the Zoom class, and that the teacher went on to explain how he was disowned by his family because he did not agree with their views. However, she says that “He did still have a whip from his family that his family used on slaves, back in his house.”

She trails off with, “And then he asked us if he should keep it,” teasing part 2 of the incident soon to come.

The Daily Dot has reached out to @sommersw0rld.