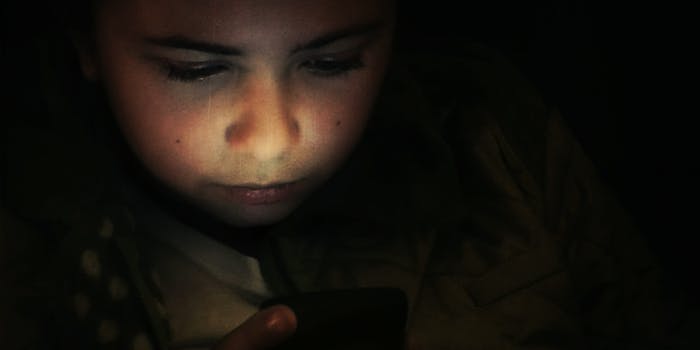 Too much screen time is causing higher rates of depression, suicide among teens, study says

Spending two or more hours online each day bumped up the risk.

It might be time to log off the ‘net and throw out your phone. A new psychology paper argues that depression, suicide attempts, and suicide rates in teenagers grew as social media and smartphone usage increased.

Teens who spend five or more hours online showed a 71 percent increase in depression or suicidal ideation—which are suicide risk factors—than teens who limited themselves to one hour online per day, according to one of the study’s authors, San Diego State University professor Jean Twenge. She also found that suicide risk factors among teens “rose significantly” after spending two or more hours online, suggesting that even incremental increases can cause a huge impact.

“Of course, it’s possible that instead of time online causing depression, depression causes more time online,” Twenge wrote for the Conversation. “But three other studies show that is unlikely (at least, when viewed through social media use).”

Twenge also said that teens who spent time on “new media,” such as social media and smartphones, had more mental health concerns than those who hung out with friends, worked on homework, stayed physically active, or went to religious services. She also thinks the problem became worse around 2012, when smartphone ownership among Americans boomed to 50 percent.

That said, it might not be time to unplug the modem quite yet. While Twenge thinks there’s a clear causation between online time and suicide risk factors increasing, she also says the research “isn’t completely definitive.” More research is needed to fill in the gaps.

It’s also important to note that underlying psychological issues may cause increased online usage. For instance, teens who used to deal with problems by talking them out with friends may turn to Instagram or Twitter for instant gratification instead. While the internet is the culprit, it’s not like social media is a demonic entity that turns psychologically impenetrable brains into depressed mush. It’s much more likely that online technology is letting bad habits fester.

For example, studies suggest that Netflix binge-watchers face a higher risk for depression, and millennials who use multiple social media networks are more likely to have anxiety or depression. Apparently, Facebook stalking can lead to depression, too.

OK, the internet may be the problem after all.