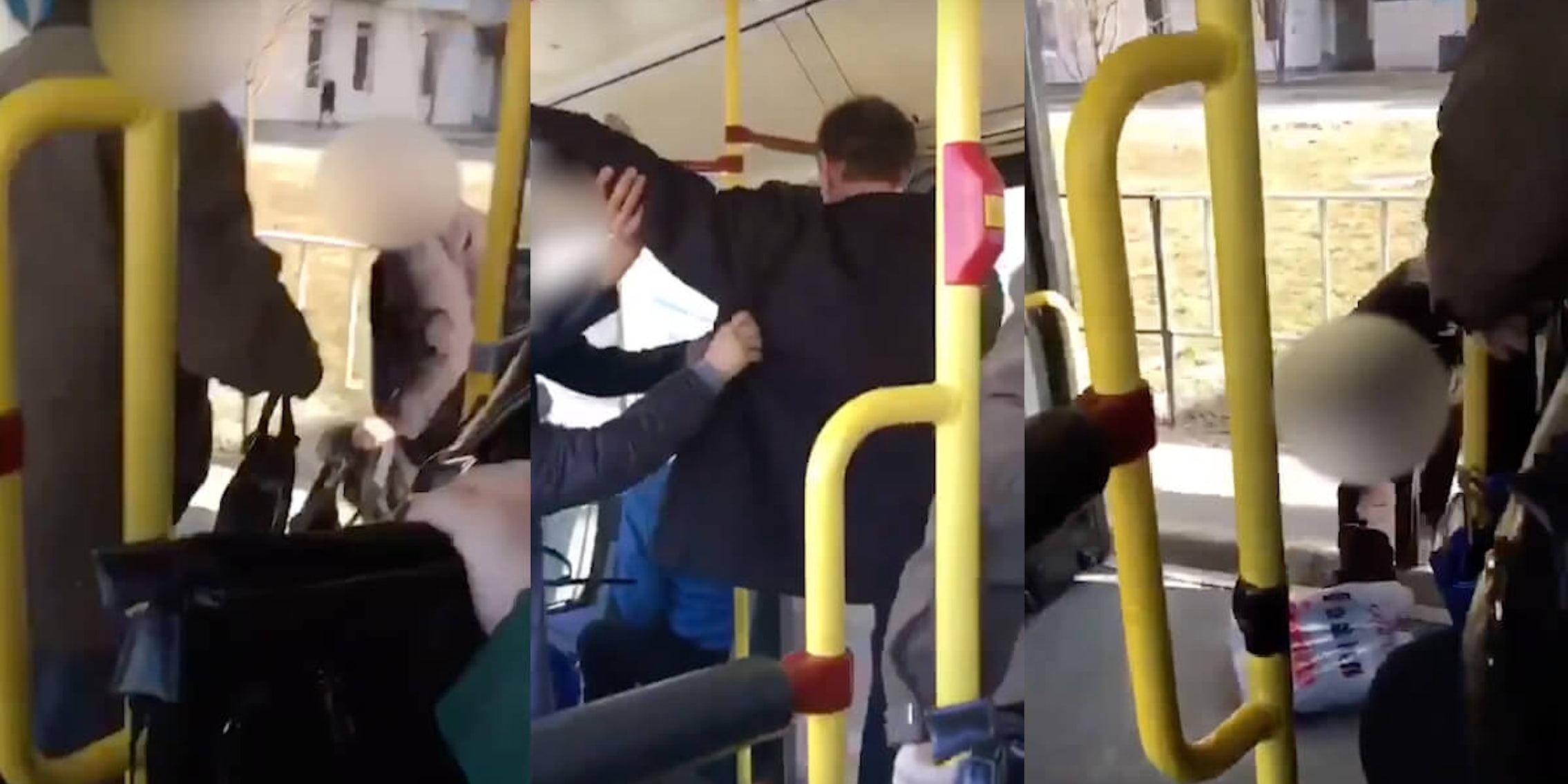 His fellow passengers violently ousted him from the bus and wouldn't let him back on.

Life in 2020 has started to take on the feel of a fever dream.

As fear of the highly contagious novel coronavirus (COVID-19) continues to spread, people are reacting in a variety of ways. People who can are donating to causes in need, and many are self-isolating to help with containment. Unfortunately, these hard times have brought out the bad side in some. A now-viral video shows a group of fearful passengers beating and forcefully removing a man from a bus. His crime? Coughing in the age of coronavirus.

The short video, shared by the New York Post, begins after the conflict has arisen. All of the faces have been blurred out, but a tall man can be seen holding onto a bus pole in Lviv, Ukraine. In the first seconds of the 30-second long video, another man can takes a swing at the solitary passenger.

He, along with several other passengers, then begin attempting to haul the man from his place on the bus. He continues to cling to a pole, but after a few moments, the group of at least three people manage to pull his legs out from under him. Once he is on the ground, it is short work for the crowd to literally drag him off the bus and deposit him on the ground outside.

Once they are off the bus, the people in the video are far more difficult to see. The physical altercation appears to continue, however, perhaps in response to the first man’s attempts to regain access to the bus. Several members of the crowd take up a position at the door, blocking him from reentry.

Before the state of the coughing man can be determined, the video concludes. It shines a stark and concerning light on the state of the world right now. Fear of COVID-19 continues to rise, bringing with it the potential for more incidents like this. Coughing in a public place is due cause for concern right now but should never spur violence.

If, in fact, the man in question was ill with COVID-19—or anything else, for that matter—the actions of his fellows on the bus are all the more upsetting. It would mean that those people attacked a sick individual out of fear and physically threw him off of his means of transportation.

His fate, following his removal from the bus, is unfortunately unclear. Fear and uncertainty are running rampant throughout the world right now, but we must not allow ourselves to be ruled by our fear. We are all experiencing this terrifying moment in history, but it should bring us closer together—not push us further apart.