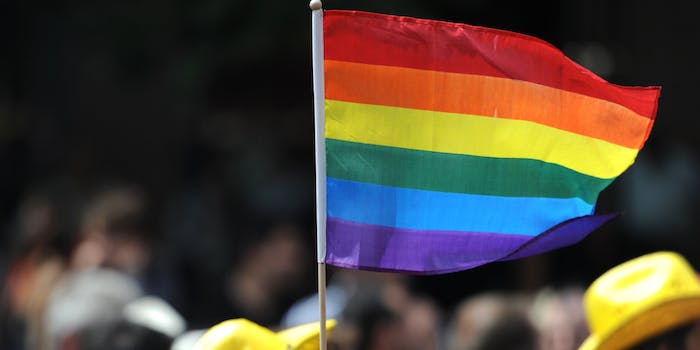 A federal appeals court ruled Monday that the Civil Rights Act of 1964 protects people from workplace discrimination based on their sexual orientation. The ruling is a win for LGBTQ rights activists—and a loss for the Trump administration, which had opposed a gay worker in the case.

In a 10-3 decision, the court ruled in favor of Donald Zarda, who had complained in 2010 that he was fired for being gay. Zarda died in a base jumping incident before the case ended, but the Equal Employment Opportunity Commission argued on his behalf that his employers violated the Civil Rights Act when they ended his employment.

The court ruled that LGBTQ discrimination is inextricable from gender, and therefore falls under the “sex” bias prohibited by Title VII of the Civil Rights Act.

“A woman who is subject to an adverse employment action because she is attracted to women would have been treated differently if she had been a man who was attracted to women,” the majority wrote in an opinion led by Judge Robert Katzmann. “We can therefore conclude that sexual orientation is a function of sex and, by extension, sexual orientation discrimination is a subset of sex discrimination.”

“The essential element of sex discrimination under Title VII is that employees of one sex must be treated worse than similarly situated employees of the other sex, and sexual orientation discrimination simply does not have that effect,” the Department of Justice wrote in a brief in the case, according to BuzzFeed News.

Following the ruling, the case could next be going to the Supreme Court.