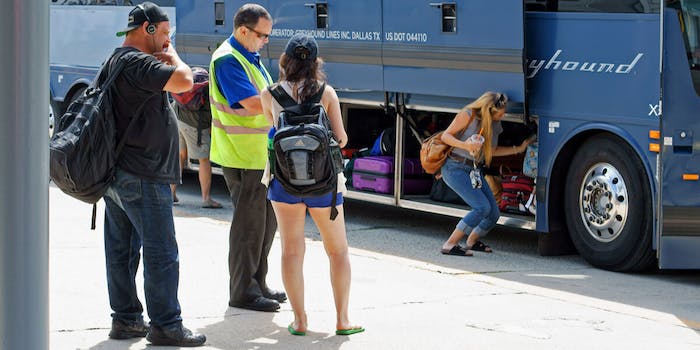 Greyhound Lines announced on Friday that it will no longer allow Border Patrol agents to perform immigration checks on buses without a warrant.

This decision comes just one week after the Associated Press revealed that Greyhound had no legal obligation to let U.S. Customs and Border Protection agents search buses without warrants.

According to AP, the company says it will contact the Department of Homeland Security and with notice that it will no longer consent to searches.

Greyhound previously stated on its website that searches without warrants were legal.

“We understand our customers’ concerns about U.S. Customs and Border Protection (CBP) conducting warrantless, but still legal, searches on our buses,” the statement says. “CBP officers do not ask permission to board our buses. We do not want to put our drivers’ safety or the safety of our passengers at risk by attempting to stop a federal agent from conducting checks.”

Greyhound has echoed this statement for the past few years despite pressure from the American Civil Liberties Union. But, according to a Customs and Border Protection memo obtained by AP, Greyhound is wrong.

The memo, released in late January and written by former Border Patrol Chief Carla Provost, explains that CBP agents cannot go onto the bus without a warrant or consent from the company under the Fourth Amendment.

“When transportation checks occur on a bus at non-checkpoint locations, the agent must demonstrate that he or she gained access to the bus with the consent of the company’s owner or one of the company’s employees,” the statement reads.

Greyhound’s crackdown on warrantless searches comes after recorded incidents in which riders were removed by agents. Greyhound previously told the Daily Dot that it condemned the actions but could do nothing.

“Greyhound does not coordinate with CBP in regard to these checks, nor do we support these actions,” Greyhound told the Daily Dot in December. “As a regulated carrier, Greyhound is required to comply with the requests of federal agents.”