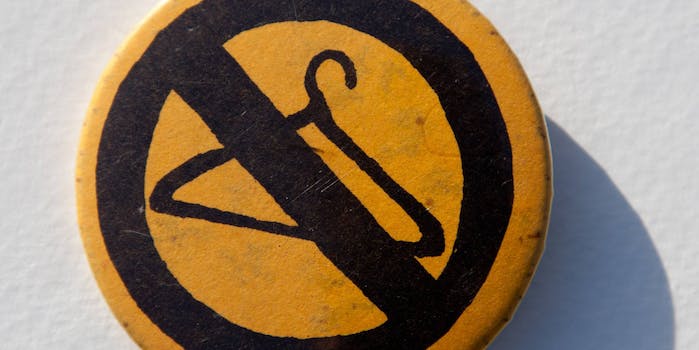 The global gag rule prohibits international NGOs from receiving funding for the procedure.

Yesterday was the 44th anniversary of Roe v. Wade, which solidified the right to an abortion in the U.S. Demonstrating his position on the SCOTUS ruling, Donald Trump signed an executive order today that reinstates the “global gag rule” on abortion, which blocks federal funding for any international NGO that provides abortion or mentions abortion as an option for reproductive health.

Government funds have been prohibited from being used for abortions since 1973. In 1984, Ronald Reagan enacted the “gag rule,” known as the Mexico City policy, to include overseas organizations that provide information or counseling on abortion or who refer women to organizations that do. Since then, Republican presidents have upheld it and Democratic ones have rescinded it, with Obama rescinding it in 2009.

Critics and health providers argue that the policy prevents women from accessing abortion and that it could lead to death.

To be clear: The #GlobalGagRule cuts funding to any organization that even MENTIONS abortion or refers women to another org that provides it

This will cause clinic closures around the world – resulting in more unintended pregnancy and unsafe abortion, not less.

Donald Trump campaigned on an anti-abortion platform, even suggesting once that women should be punished for having them. This was in opposition to his stance in 1999, when he told CBS news he was “very pro-choice.”

Sen. Jeanne Shaheen (D–New Hampshire) said she would introduce legislation to ban the global gag rule. “I will continue to stand up to President Trump and Republican leadership in Congress who are intent on rolling back women’s access to reproductive healthcare, and will soon be introducing bipartisan legislation aimed to repeal the global gag rule for good,” she said in a statement.

One study from the World Health Organization estimated that abortion rates went up 40 percent the last time the global gag rule was in place, as organizations that would have supplied contraception lost funding, and more women resorted to unsafe and illegal abortions.